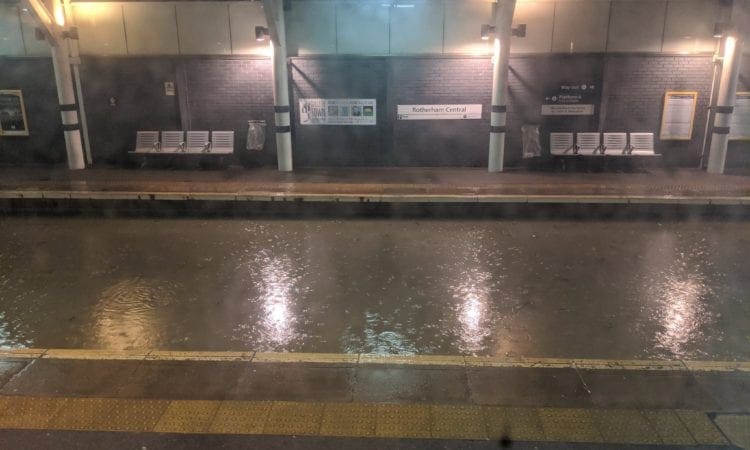 Workers on South Western Railway are to strike for 27 days before the end of the year in the long-running dispute over guards on trains.

Members of the Rail, Maritime and Transport union will walk out for 27 days between December 2 and New Year’s Day, threatening travel chaos for commuters and Christmas shoppers. Find out what Mick Cash had to say.

Crossrail: Line will not open until 2021 as costs rise

Crossrail will not open next year and its cost has increased by up to £650 million, the firm building London’s new east-west railway has admitted.

He revealed the bill for the scheme could reach £18.25 billion, an increase of between £400 million and £650 million on the latest funding commitment made in December 2018. Full story.

Flooding in the north of England cause major rail disruptions

Network Rail and train operators are warning passengers of disruptions on routes across the north of England, as heavy rain causes severe flooding on the railway.

Severalrail lines are blocked due to flooding, leaving thousands of commuters facing a struggle to get to work this morning.

Train operators are warning passengers not to travel on a number of routes through Yorkshire and the North West. This includes lines from Sheffield to destinations such as Leeds via Moorthorpe, Lincoln, Doncaster and Goole. Keep updated on ongoing events here.

Great Central Railway has announced that LMS Black 5 No. 45305 will return to steam at their Last Hurrah gala on November 16.

The Black 5 has been in the workshop recently undergoing various pieces of work, which includes work on the boiler, a new brick arch and a new smokebox door. Full story.

Dramatic rescue after man falls on train tracks in California

A station employee is being hailed as a hero for saving the man in Oakland, California.