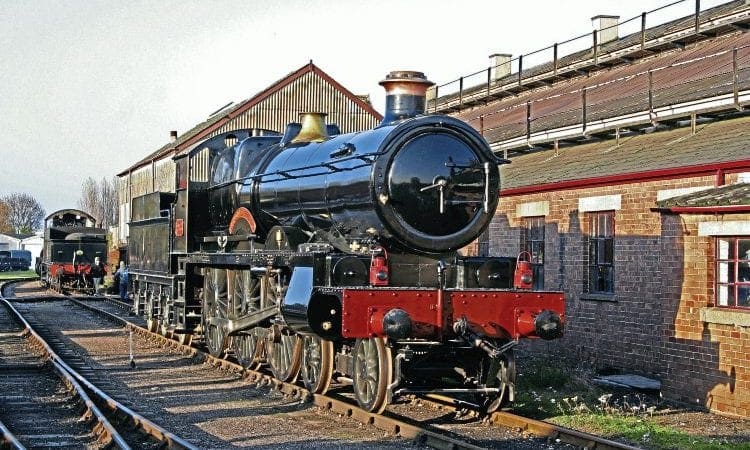 RE-CREATED GWR ‘Saint’ No. 2999 Lady of Legend will be officially launched at Didcot Railway Centre during a celebratory three-day event on April 5-7.

The Churchward 4-6-0 has taken the Great Western Society (GWS) more than 14 years to complete.

No. 2999 made its public debut in unlined black last November, but the April weekend will provide the first chance to see the loco in its fully lined out Edwardian GWR livery as Lady of Legend.

Visitors will also have the opportunity to travel behind it in period rolling stock.

Later in the month, No. 2999 will take part in an event billed as The Impossible Dream, which will also feature ‘King’ No. 6023 King Edward II and the steam ‘Railmotor’ No. 93.

Considered by many as ‘impossible projects’, the restoration of the ‘King’ and the re-creation of two lost GWR types have, like the building of ‘A1’ Tornado, proven what preservationists are capable of with the right skills and financial support.

For tickets and details go to: www.didcotrailwaycentre.org.uk

Read more News and Features in the February 2019 issue of The RM –on sale now!