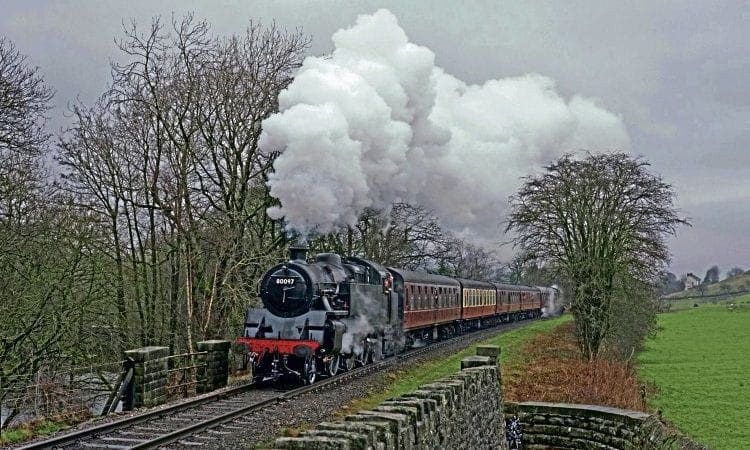 RIDDLES ‘4MT’ 2-6-4T No. 80097 was back on test at the East Lancashire Railway as 2019
got underway, having been side-lined with axlebox problems in November.

The Bury Standard 4 Group loco began running-in trials following its post-restoration appearance at the ELR’s October 19-21 Autumn Steam Gala, but had to be withdrawn on November 14 when the centre axlebox on the left-hand side ran hot.

It was subsequently taken to the railway’s Buckley Wells workshops to have the wheels dropped for inspection of the axle journals. The offending axlebox was removed and re-metalled, while at the same time the wheels were repainted and the loco prepared for painting.

On December 23, No. 80097 was back in one piece and ready for its steam test, undertaking some light engine runs that were unfortunately curtailed by a steam brake fault. Following rectification the ‘Standard Tank’ was back in action on December 30 in and around the confines of Bury Bolton Street station, but later ventured out as far as Ramsbottom.