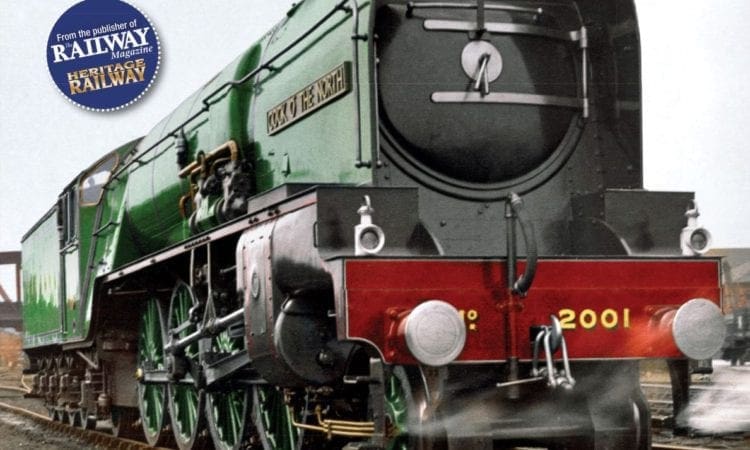 Railway heritage enthusiasts are well served by the legendary locos that have survived into preservation – but not every engine was so fortunate. Some of Britain’s finest locomotives were unceremoniously scrapped before anyone thought to preserve them. The Ones That Got Away tells their story.

Despite the millions of pounds and visitors which are generated annually through steam heritage railways, ground-breaking locomotives that laid down markers in our railway history ended up in the scrap yard rather than in the museum berth that their achievements richly warranted.

Written by Heritage Railway editor, Robin Jones, and published by Mortons Media, The Ones That Got Away looks at the key locomotives that we have lost… and in some cases are now working to replicate to plug gaps in the rail heritage record.

Despite being consigned to the scrapyard some time ago, the legacies of these magnificent locomotives lives on through this fascinating 132-page bookazine. The stories of some of the legendary locos which were scrapped, or saved like No. 60163 Tornado, show the remarkable progress which is now being made in righting the heritage ship.

Britain’s historic locomotive fleet is the envy of the world, with many of the ground-breaking classes represented either on heritage lines, in museums or running tours on the national network. However, what is arguably the biggest ‘one that got away’ was also the most powerful express passenger steam locomotive to operate in Britain – for none of Sir Nigel Gresley’s P2 2-8-2 Mikados survived. Now a £5 million project to build the seventh member of the class, No. 2007 Prince of Wales, is making rapid strides towards filling that massive gap in the heritage sector.

After completing the Peppercorn A1 Pacific No. 60163, the A1 Steam Locomotive Trust announced that it would follow this with the construction of further extinct Gresley LNER steam locomotives, after Sir Nigel Gresley’s successor, Edward Thompson, did not see fit to produce any more examples of the two-strong class.

Some of the legendary locomotives we get to enjoy today may not be here if it wasn’t for the preservation efforts of a large team. This bookazine looks to honour those locomotives that got away, while also emphasising the importance of steam preservation today for the next generation to enjoy.

Grab your copy of The Ones That Got away for just £6.99 from www.classicmagazines.co.uk