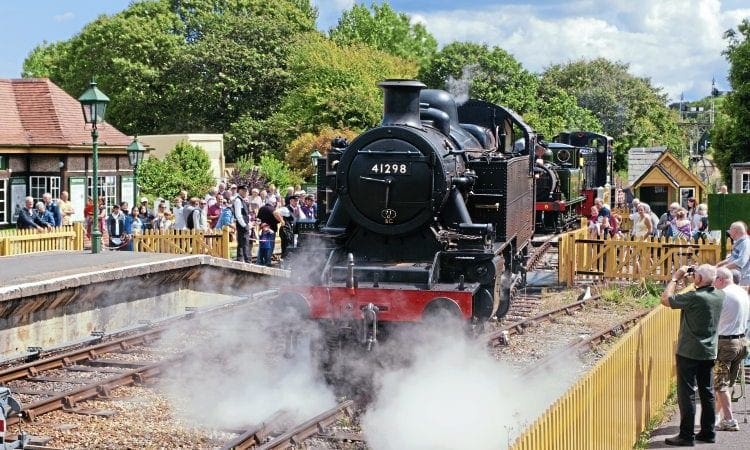 REMARKABLE figures which showed that passenger numbers on the Gloucestershire Warwickshire Railway rose by 42.5% in the wake of the Good Friday opening of the northern extension to Broadway have brought the coveted Heritage Railway Association’s Annual Award (Large Groups) 2019 to the Cotswold Line.

Commercial director Colin Fewell said: “This success is astonishing and it has exceeded all of our expectations – we thought we might see a 20% increase in passenger numbers this year.

“Almost every aspect of the railway’s operation has seen significant growth – whether ordinary operating days or special events.

“Opening Broadway station was a very special occasion and it has changed the dynamics of the railway. All booking offices have seen big increases in sales but before Broadway, less than a third of were sold at Cheltenham Racecourse. Now its 35%, accounting for some 40,000 tickets sold compared with 26,000 last year. We often see the first train out of Cheltenham filled to capacity as people head to Broadway for the day.

“Anecdotally, those running shops, pubs, restaurants and tea shops in this delightful village tell us the railway has made a noticeable difference to their takings.

“It’s clear that the railway is bringing people to Broadway rather than them using cars and struggling to find a parking space.”

For the new season, which begins on March 9, the new pay-and-display car park at Broadway station will be open, and those travelling will get part of their parking cost discounted with purchase of a train ticket.