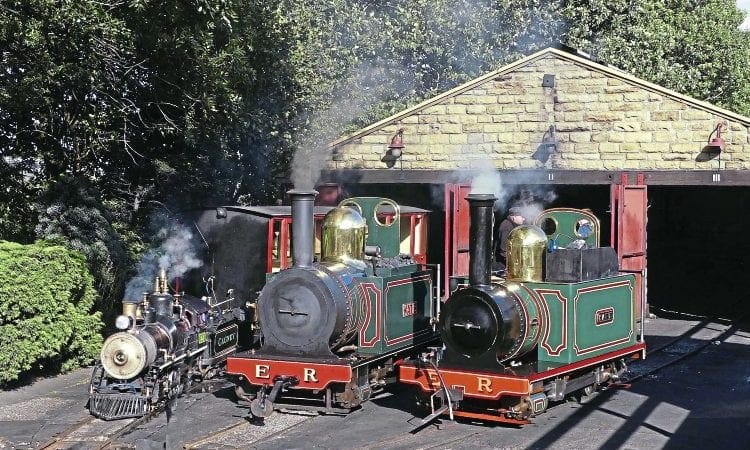 Rhyl Miniature Railway’s Cagney 4-4-0 No. 44 (left) gives a fascinating contrast in size between miniature and minimum-gauge locos sharing a common 15in gauge.