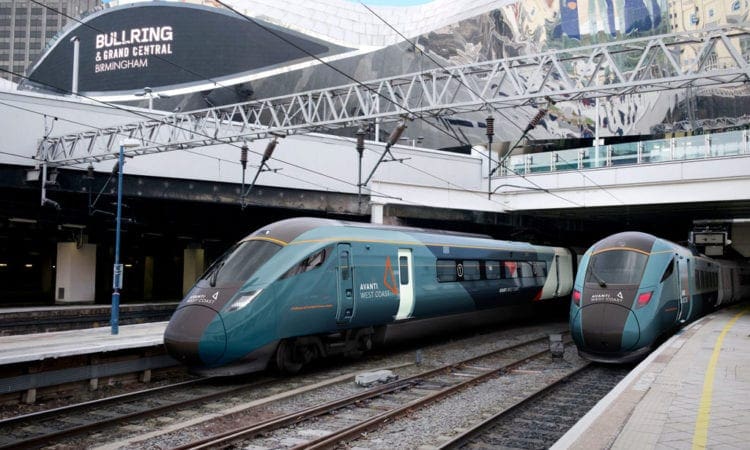 It’s been a busy week on the UK’s railways as the election race heats up. Labour and the Conservatives clash over the Tory pledge to spend £4.2 billion on a local public transport fund.

Elsewhere, the South Western Railway strikes have started over the role of guards on trains, which will affect many Christmas travellers. Here are this week’s top stories…

Local public transport across England will receive a £4.2 billion investment if the Conservatives win the General Election, according to the party.

As part of the new and devolved Local Public Transport Fund, local leaders in eight mayoral or combined authority areas will have the final say over how the additional money is spent.

Mr Shapps said: “These plans will change the face of local transport in towns and cities across the country.”

But, Labour’s Shadow transport secretary, Andy McDonald, has labelled the announcement as an attempt to cover up the Government’s disastrous and incompetent failure to invest in public transport.” Read the full story here.

What are party promises on Britain’s railways?

It has been a month of promises and revelations with the Labour Party, the Liberal Democrats and the Conservatives releasing their manifesto spending pledges.

Here is what the three main parties are promising on our railways, including on Northern Powerhouse Rail, HS2, electrification, reopening closed lines, ending the franchising system, rail fares and public services. Read the full story here.

Commuters are being warned to expect delays as workers on South Western Railway begin a 27-day strike.

Members of the Rail, Maritime and Transport union will walk out for 27 days between today and New Year’s Day, threatening travel chaos for commuters and Christmas shoppers.

Passengers have been warned that only around half of services will run, including those to and from London Waterloo, the country’s busiest railway station. Read the full story here.

Hitachi has been awarded a £350 million contract to build 23 new trains for Avanti West Coast, the manufacturer has announced.

The 125mph intercity trains will be built at the firm’s factory in Newton Aycliffe, County Durham. They are expected to enter service from 2022. Read the full story here.

Four of the country’s biggest railway stations will now offer passengers with hidden disabilities a subtle way to ask for extra help while making their journeys.

The lanyard and ticket holders, which are entirely voluntary for anyone who would benefit from them, act as a sign for staff that additional support or help may be required. Read the full story here.

LNER will celebrate more than four decades of service from the iconic Inter-City 125 trains on the East Coast route with a special farewell tour this month.

LNER will mark the retirement of the HSTs by operating a four-day special service taking in the majority of destinations along the LNER route. Read the full story here.

Selected homeless charities and Govia Thameslink are teaming up this Christmas to provide support for the homeless as the winter frost takes hold.

A new initiative, the Great Sock Appeal, will encourage rail commuters to donate a new pair of socks for those sleeping rough over the festive period. Read the full story here.

Engineers will be working “around-the-clock this Christmas” to renew a key junction near Edinburgh Haymarket station, Network Rail announce.

Between December 25 to December 29, Haymarket East junction will undergo a major upgrade to renew four sets of points (rails which move to transfer trains from one line to another) and replace over 250m of track. Read the full story here.

The world famous Ex-LNER ‘A3’ No. 60103 ‘Flying Scotsman’ will be steaming back to the East Lancashire Railway for a series of visits in 2020.

To celebrate St Andrews Day and the 85th anniversary of a certain locomotive officially recorded as reaching 100mph, East Lancashire Railway announce that Flying Scotsman will visit in the new year. Read the full story here.

The Railway Magazine has always offered its readers plenty of informative content, with the very latest rail news and insightful features, images and interviews.

The Railway Magazine’s entire archive has been scanned to give subscribers access to more than 120 years of Britain’s best-selling rail title.

Forget socks, Classic Magazines has a gift for everyone!

At Classic Magazines we’ve made your Christmas shopping simple and straightforward, with plenty of ideas for family and friends in our festive gift guide.

From magazines to merchandise, show tickets to books and bookazines – we’ve got your Christmas covered!

Forget the socks this year! You can choose from our huge range of publications and merchandise covering motorcycles, scootering, railways and lifestyle, to name a few.