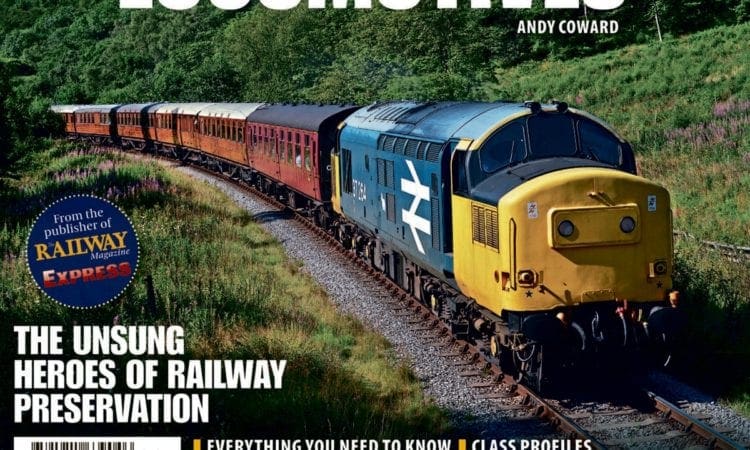 The next two weekends are expected to be some of the busiest shopping days of the year; luckily you can beat the rush of the High Street with these great gifts. Starting from just £5, these bookazines would make the ideal present for a rail enthusiast in your life, or even yourself!

This 132-page full colour publication presents the definitive guide to main line modern traction preservation, taking the reader on a journey across the 39 classes in which locomotives are currently enjoying preservation.

The Changing Face of Railfreight

Freight services on British railway lines have changed dramatically over the last 40 to 50 years. The Changing Face of Railfreight looks back over this period to chart both the physical changes to the network and the organisational changes which have had such an impact on this vital aspect of Britain’s rail network.

The Ones That Got Away

Railway heritage enthusiasts are well served by the legendary locos that have survived into preservation – but not every engine was so fortunate. Some of Britain’s finest locomotives were unceremoniously scrapped long before anyone thought to preserve them. The Ones That Got Away tells their story.

Aviation Classics: Special Operations details some of the most interesting and unusual missions carried out by aircraft and air forces over the last 75 years. The incredible long-range flights in converted bombers that kept lines of communication open between the Allies during wartime are revealed.

Aircraft have proven their effectiveness and versatility time and again in an incredible range of conditions and circumstances since the Second World War – what could be deemed the modern aviation era.

Each piece comes with a guarantee of painstaking research carried out by some of the finest aviation historians working today, backed up with detailed illustrations and eye-catching photography.

Hundreds of thousands of classified documents were captured from Germany’s aircraft manufacturers and aviation ministry at the end of the Second World War, including details of ‘secret project’ aircraft designs created by firms such as Arado, Gotha, Blohm & Voss, Messerschmitt and Focke-Wulf.

Ongoing new research in archives around the world has revealed dozens of previously unknown wartime plans and proposals for aircraft that were radical, revolutionary or just plain weird. In the sixth volume of his Luftwaffe series, historian Dan Sharp reveals a wealth of new discoveries – including never-before-seen drawings and designs for fighters, bombers, transports, rammers, ground-attack aircraft, flying boats and flying bombs.

Hundreds of original and previously unseen documents have been used to compile this unrivalled look at some of Germany’s least-known Second World War project designs, featuring a host of new and period drawings, illustrations and photographs.