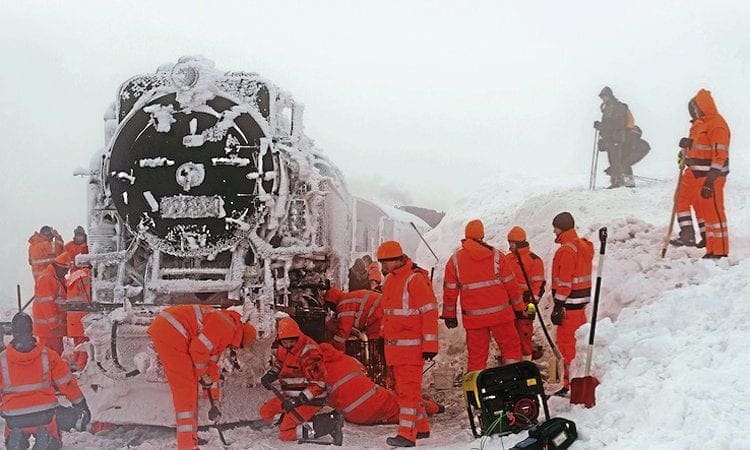 A GERMAN steam train became stuck in snow 3,675ft up a mountain on January 8 – a very rare and unusual occurrence.

Harzer Schmalspurbahnen’s 10.25 from Wernigerode to Brocken, hauled by 2-10-2T No. 99 234 (99 7234) with five carriages, became marooned at the summit station as the weather deteriorated rapidly when snow storms struck.

As the freezing snow descended, drifts reached the top of the carriages and the loco was unable to run round its train. Snow and ice ingress had also affected the motion making the loco impossible to move.