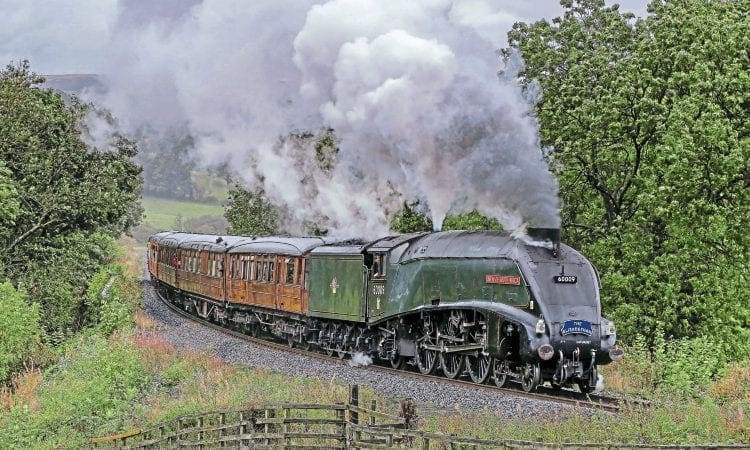 Footage has emerged of an incident involving ‘A4’ No. 60009 Union of South Africa at East Lancashire Railway on December 22.

Nobody was hurt during the incident.

It is the latest in a series of setbacks for the ‘A4’ involving its tender; axlebox problems ruling it out of a number of railtours during December in spite of efforts to rectify the issue.