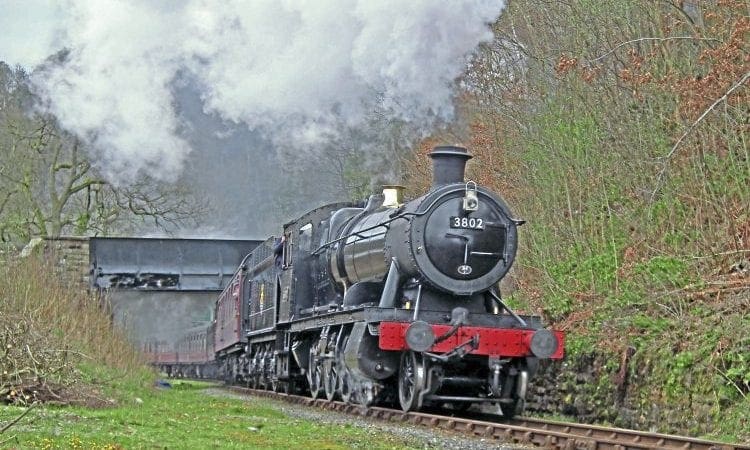 The locomotive’s new owners are Nick Gilbert, owner of ‘Hall’ 4-6-0 No. 5967 Bickmarsh Hall, and Steve Andrews, who have bought it through their operating company 3802 Ltd.

The locomotive returned to Llangollen service in the spring of last year following overhaul, later working the last train into the railway’s temporary Corwen East station in the November.

However, the 2-8-0 was stopped a year ago because of concerns over the tender wheel profiles.

With the railway already suffering from financial constraints, the loco remained out of use while a decision was made on its future.

During the weekend of November 16-17, No. 3802 was separated from its 4,000-gallon Collett tender so it could be transported to Carnforth for tyre turning on the depot’s underfloor wheel lathe. It was hoped the tender could return to Llangollen in time for the 2-8-0 to re-enter service during December.

Mr Gilbert told The RM that the loco, which has eight years remaining on its current 10-year boiler ticket, will remain at the Llangollen Railway for the immediate future.

“We look forward to working with the railway as it works through its problems and gets back on its feet,” he added.