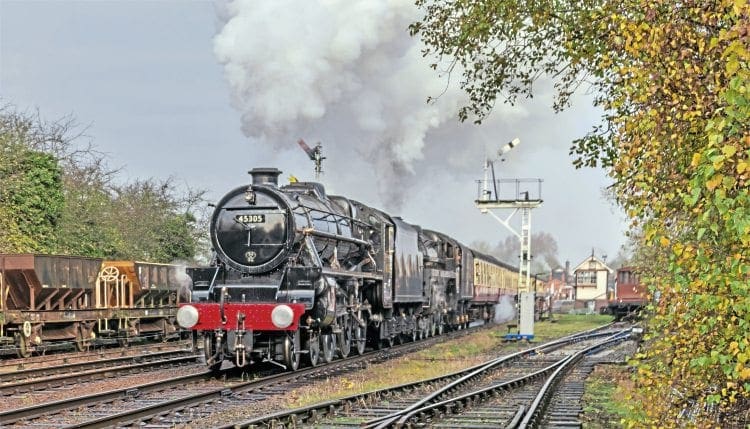 STANIER ‘Black Five’ No. 45305 Alderman A E Draper made its return to traffic at the Great Central Railway’s (GCR) Last Hurrah of the Season mini-gala on November 16-17.

The 5305 Locomotive Association 4-6-0 had spent several months on the side lines having been taken out of traffic earlier in the year for a programme of work that included work on the boiler, the fitting of a new brick arch, new piston heads, crosshead machining and a brand new smokebox door.

The reassembled loco passed a steam test on November 1, enabling it to play a starring role in the Last Hurrah event.

The gala provided a final chance for the GCR to turn out as many of its operational locomotives as possible before the busy festive period gets into full swing.

The timetable featured a blend of passenger and freight turns, and incorporated a number of double-headed workings.

However, the real star was arguably No. 47406, which bowed out in fine vocal style, working the dining sets adorned with ‘South Yorkshireman’ and ‘Elizabethan’ headboards, as well as the local and van trains.