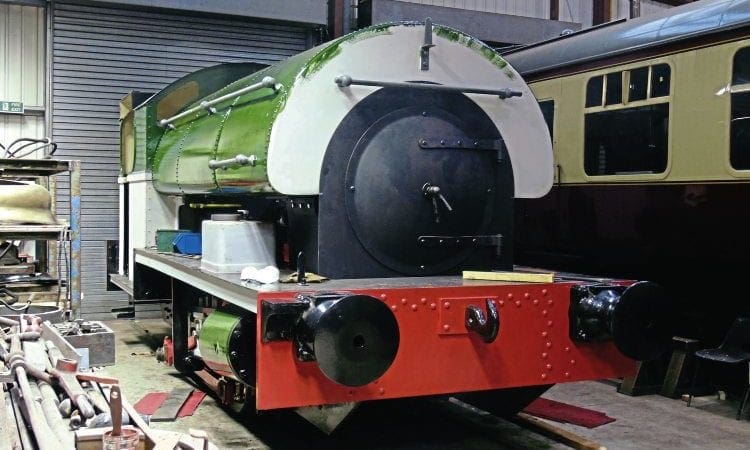 The former Black Park Colliery loco has never run in preservation, and its rebuild has been a major undertaking for the RSR team at Preston.

The boiler has required outer firebox wrapper repairs and the renewal of stays, a new front tubeplate, a new smokebox and a new chimney.

Below the running plate the left-hand cylinder block had to be removed in order to build up wastage of the main frames.

The tyres have been turned and re-profiled and the loco returned to its wheels, new pistons and rings made and most fittings replaced as many had disappeared when Hornet finished active service at Bersham Colliery, near Wrexham.

RSR chairman Dave Watkins told The RM: “I am hopeful Hornet and ‘Austerity’ Walkden will be in steam at next year’s gala. That should see five of our fleet locos in action, plus one visitor.”