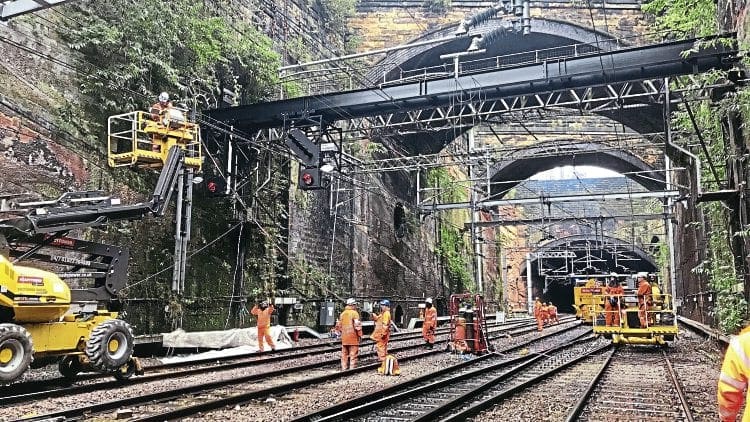 Network Rail’s new geographic regions are now accountable for the delivery of all capital projects within their borders, including track and signalling.

Introduced on November 11, this second phase of NR’s devolution process sees more teams transfer to the regions, to NR’s new Network Services division as well to the Route Services and the chief financial officer (CFO) directorate.

Andrew Haines, NR chief executive, said: “Today sees the shifting of more responsibilities and accountabilities to our devolved routes and regions so that they are better able to respond to local needs and demands.”

Northern Programmes, a capital projects project in the north of England, spans Network Rail’s Eastern and North West and Central regions under the leadership of Chris Montgomery, major programmes director.

Accountability for commercial policy, standards and assurance moves to Route Services, which now manages all supply chain operations, contracts and procurement and other services on behalf of Network Rail regions and routes.

NR has been reorganised into five regions since June 24, enabling decision making and responsibility to be devolved away from London to smaller, and more nimble organisations.

In September, these were further sub-divided into 14 routes with day-to day responsibility for delivering a safe and reliable railway.

Phase three is planned for summer 2020, with more teams set to transfer into the new structure .

The reorganisation is expected to be complete by the end of next year.