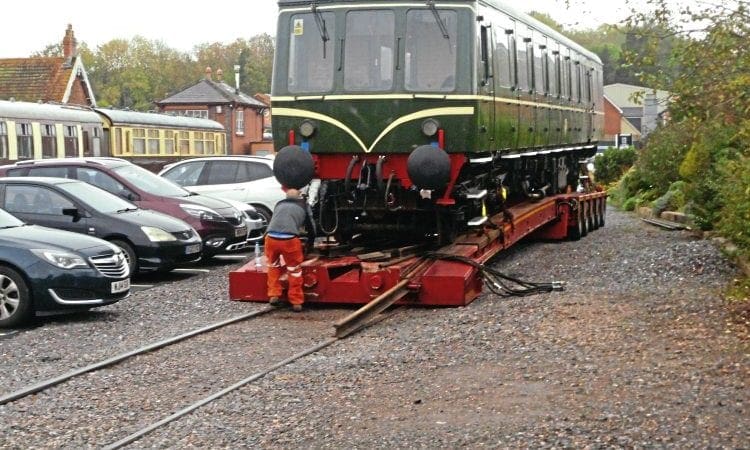 AN OFFICIAL announcement is awaited from the West Somerset Railway following the arrival of DMBS No. W51354 at Bishops Lydeard on October 30.

Both were previously based on Peak Rail following acquisition from the Llanelli
& Mynydd Mawr Railway, prior to that line opening.

Also at Wishaw is Class 117 TCL No. 59506, which was originally preserved by the West Somerset Railway in 1995, and used in various DMU formations.

Latterly, it saw use as loco-hauled stock, but left the railway in 2012, going to Tyseley.

It is not known when, or if, the DMS and TCL will also move to the WSR. CHRISTOPHER JAMES