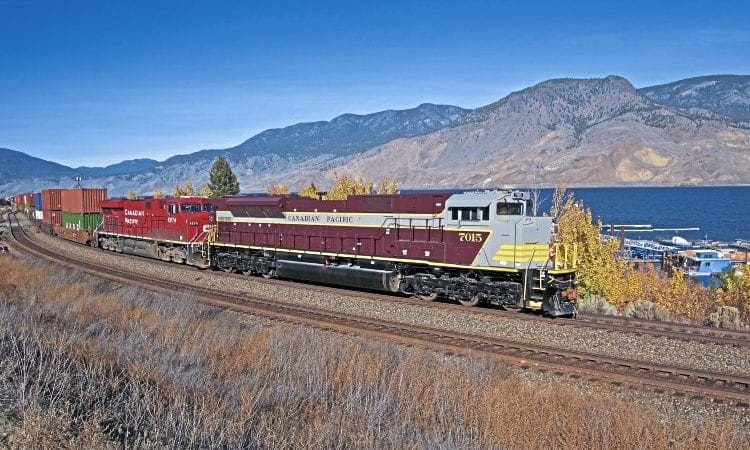 The majority are from CP’s own SD9043MAC fleet (loco Nos. 9100 – 9160), which have been in store for up to a decade plus two stored examples bought from Union Pacific (Union Pacific).

Progress Rail is undertaking the CP rebuilding programme in the USA with the rebuilt locos being numbered from 7000 upwards. The first of 10 to carry versions of CP’s original diesel livery entered traffic on October 13.

However, as this new engine had many technical problems EMD delivered most locos equipped with a 4,300hp 16-cylinder EMD 710 engine, with the locos known as SD9043MAC.

CP did buy four locos fitted with the EMD265 engine in 1996, but these have already been scrapped.

UP had 62 of these locos and withdrew some after just five years’ service.

CP is not the only railroad to rebuild SD9043MAC locos to the new SD70ACU version. Between 2015 and 2019 US railroad Norfolk Southern rebuilt 110 at its own workshops, using second-hand locos, most of which had originally been with UP.