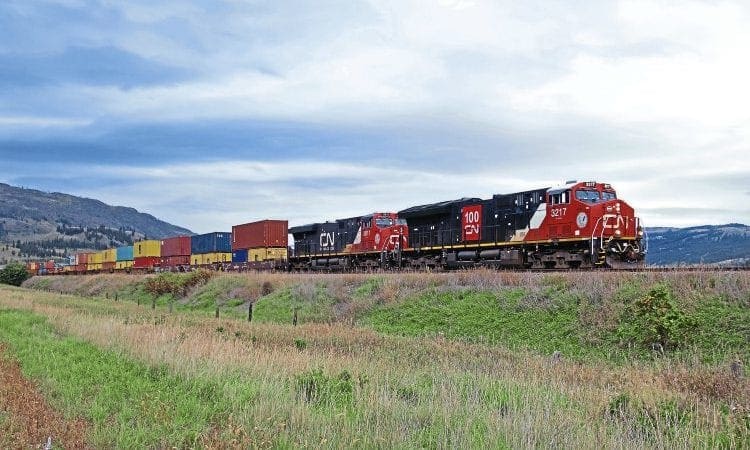 CANADA’s largest rail operator – Canadian National (CN) – celebrated its centenary in 2019 and gave some of its locos a special ‘CN100’ livery.

CN is the only truly national, transcontinental railway in Canada.

It was founded in 1919 by the government to manage lines in financial difficulty, especially the transcontinental Canadian Northern Railway (Quebec – Edmonton – Vancouver).

CN was Government-owned until 1995, when it was privatised, and has since expanded its operations into the USA. RUSSELL GRYCAN