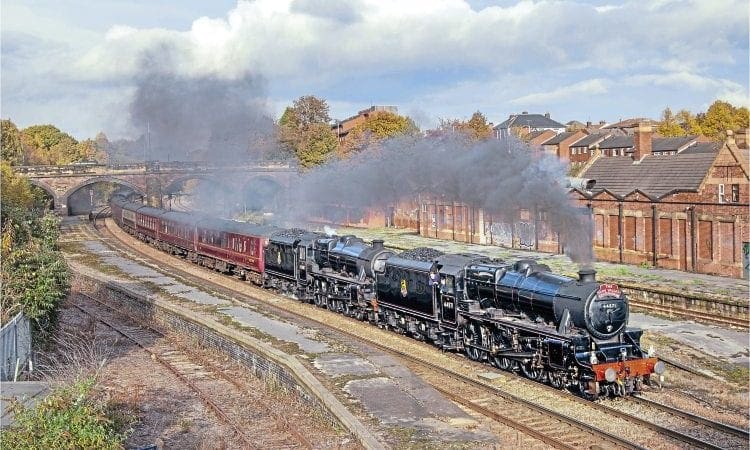 IAN Riley’s Stanier ‘Black Five’ duo of Nos. 44871 and 45407 pass through the remains of the old Masborough station with the Railway Touring Company’s ‘South Yorkshireman’ on November 3.

The tour, which replaced a previously advertised but cancelled ‘Tin Bath’, took the two Class 5s from Blackburn to Manchester Victoria, then over to Wakefield Kirkgate and Sheffield via the Hope Valley line.