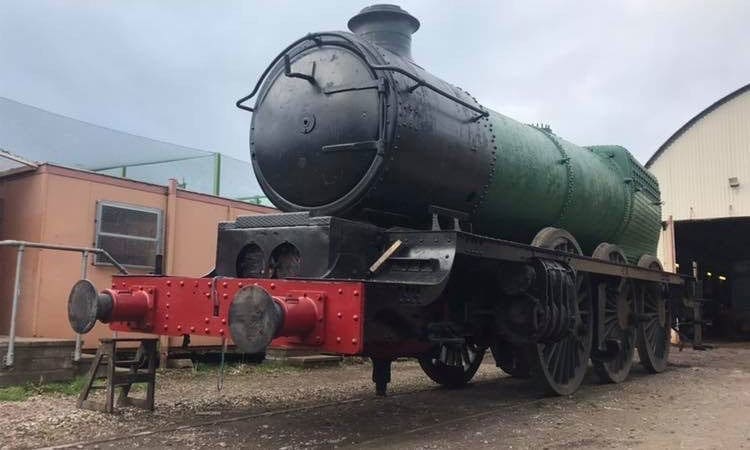 Unrestored Collett ‘Castle’ No. 7027 Thornbury Castle is to be restored for operation at the Great Central Railway (GCR) following its sale to a private buyer by Jonathan Jones-Pratt.

The 1949-built 4-6-0 was purchased by Mr Jones-Pratt’s firm, JJP Holdings, from music mogul Pete Waterman in 2016, but has not received any significant restoration work since then.

There was a plan to send the locomotive to Tyseley Locomotive Works for a contract restoration, but with ‘Hall’ No. 4936 Kinlet Hall and ‘94XX’ 0-6-0PT No. 9466 to maintain, Mr Jones-Pratt admitted in December that he would consider offers for the ‘Castle’ if he felt they were in the best interests of the locomotive.

The new owner is a significant supporter of the GCR and, under the conditions of the sale and purchase agreement, No. 7027 will be restored at Loughborough and will run there for the duration of its next 10-year boiler ticket. It will not be made available for any main line operation.

Thornbury Castle is expected to move from its current base at Williton on the West Somerset Railway during week commencing January 27.