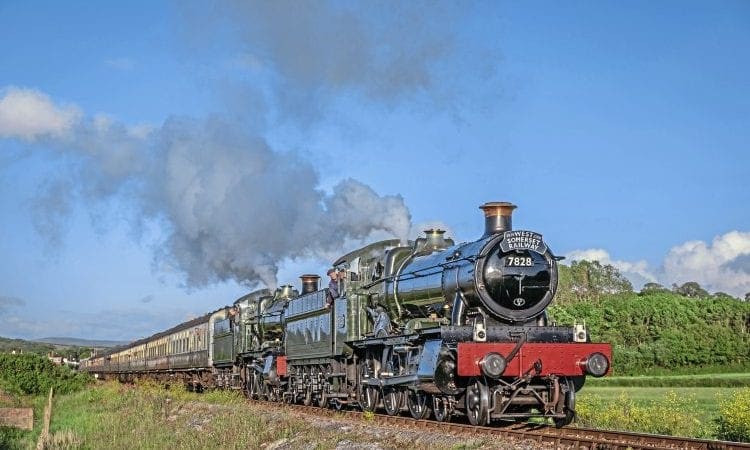 Well-wishers have responded rapidly to the West Somerset Railway (WSR) plc’s urgent appeal for desperately-needed funds to help the 22-mile line heritage line get through the Coronavirus crisis.

The WSR was forced to suspend operations and shut down on March 17 – before the 2020 running season even got underway planned for Saturday, March 21.

In just two weeks since then, the WSR has received over £30,000 in donations and share purchases to help keep the railway’s wheels turning in the future.

This remarkable, strong show of support for the WSR has come from its many supporters, all of whom clearly want to see the railway survive and get through the second crisis to envelop the line in the last two years.

The WSR website funding appeal has come at the same time as a number of other national appeals for emergency funds, including other heritage railways – which are now all in the same boat in having zero revenue and now facing considerable uncertainty over their futures. Therefore, the WSR’s rapid success in raising so much money is even more remarkable.

The WSR said the figure is going up day-by-day, probably making it the most successful appeal for funds in the railway’s 44-year history.

Railway donates to foodbank and NHS

It’s not just only been one-way traffic either – as the WSR plc has itself given food from its now-closed Turntable Café in Minehead to the community via the ‘West Somerset Food Cupboard’. The railway has also been sourcing and donating suitable rubber gloves from its workshop as PPE to the local hospital in a show of solidarity and support for both the area and the NHS.

The railway’s principal support organisation, the West Somerset Railway Association (WSRA), has also opened a separate fund for infrastructure works on the line which is intended for use in the winter of 2020/2021. However, it has launched the fund now so that it is able to pay for infrastructure works in the near future if and when suitable projects can be identified by the WSR plc.

WSRA members and WSR supporters have been generous in the past in funding other railway projects, such as the return to traffic of steam locomotive No. 9351 and the rail renewal projects last winter, and supporters are being asked if they can support the Railway’s improvement again at this difficult time and so help turn a negative into a positive.

UK tax payers can also give more money because a ‘Gift Aid’ donation to a registered charity such as the WSRA is boosted by a 25% uplift from the UK Government, so a donation of £100 is then worth £125.

Commenting on the success of the WSR fundraising appeal to date, WSR plc chairman Jon Jones-Pratt said: “I’ve been both humbled and pleasantly surprised by this great show of financial support for the West Somerset Railway, especially when the minds of many people will naturally be on just getting themselves and their families through the Covid-19 pandemic crisis safely. It shows just how much people care about the WSR and what it means to so many of our friends. It’s also very true that you find out who your real friends are when you’re in trouble with your back against the wall!

“I’m very pleased too that we have also been able to give something back to the local community too with our donations of food to the local ‘Food Cupboard’ and some rubber gloves for the NHS. While we know it’s only something fairly small in the scheme of things at present, we felt we had to do something positive to show solidarity with the community and every little helps at present.

“Our own WSR family has once again stepped forward to help us too with shareholders and our station groups contributing significant money to our cause, plus the WSRA infrastructure appeal as well. The more money that we can raise now will all help our lovely railway line to continue steaming through the West Somerset countryside, and so help to prevent the WSR from becoming a Coronavirus casualty.”