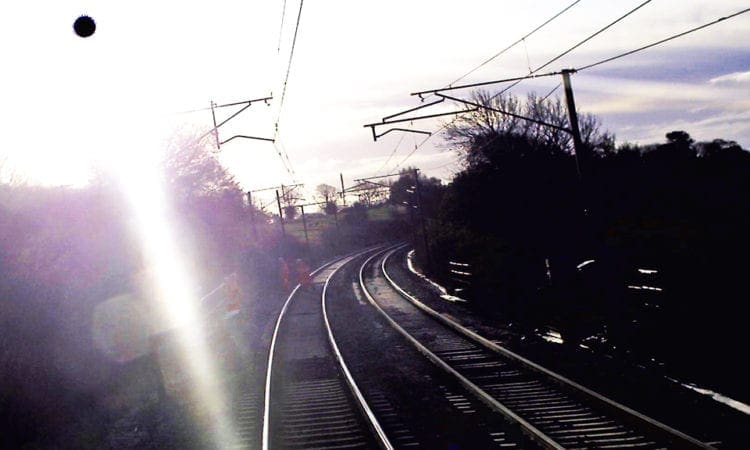 The Network Rail workers jumped clear less than one second before the train passed them on the West Coast main line back in November. The RAIB report said one of the lookouts had not known he was meant to raise the alarm.

It said the lookout team had used “informal language” rather than following the proper protocols.

A radio-based lookout-operated warning system was being used because of the high train speeds and the curved track south of Kirtlebridge in Dumfries and Galloway.

The staff had just begun a track inspection under the protection of the radio-based Lookout Operated Warning System (LOWS) when the train approached unexpectedly round a bend. The train driver sounded the horn and applied the emergency brake. The staff jumped clear less than one second before the train passed. There were no injuries.

The RAIB investigation stated: “The LOWS equipment they were using at the site of work comprised a receiver unit equipped with flashing lights and a siren intended to warn staff working nearby when a train is approaching. The lights and siren start operating when switches are operated on one or more transmitter units connected to the receiver unit by a secure radio link.

“A person designated as the LOWS controller remains with the receiver unit while each transmitter unit is operated by a LOWS lookout. The controller and each lookout carry a dedicated mobile phone, provided with the LOWS equipment, to communicate while using the equipment.”

LOWS is regularly used on the West Coast Main Line in southern Scotland because the combination of high train speeds and curved track often precludes use of a warning system relying on lookouts using flags.

The RAIB said it was likely that if they had used the formal words which were advised in their training, the lookout would have known he was expected to send a warning.