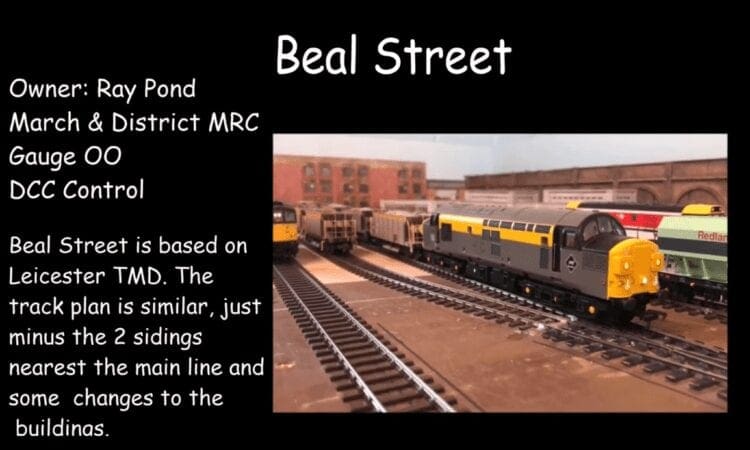 The Market Deeping Model Railway Club (MDMRC), which organises the Stamford model railway show, has gone ‘virtual’ this year with an online exhibition.

Appalled members of the public donated more than £100,000 to the club, with rock singer and lifelong model railway enthusiast Rod Stewart giving £10,000, as reported at the time. The culprits later received referral orders and were ordered to pay compensation at Lincoln Youth Court.

This year’s event had been scheduled for May 16-17, until the Covid-19 lockdown scuppered the plans. However, officials decided that regardless the show must go on…but online.

MDMRC chairman Peter Davies invited all the layout owners and traders who were to have had exhibits and stands to submit video clips and still pictures for a major virtual exhibition of the same weekend.

He said: “Current circumstances mean that we have had to cancel our annual show but don’t be too disappointed! We should perhaps mention that some of the pictures were taken ‘pre-lockdown’ and thus are not as complete as they would otherwise have been. We hope you find them interesting anyway. So please, grab a cup of tea, pull up a chair, sit back and enjoy!”

In a separate development, the club is in the process of relocating from its home of 16 years in a village near Bourne.

Peter said: “As you might imagine, progress has been slowed down dramatically of late, but we are in regular touch with our new landlord and are still very optimistic that we will move in this year.”