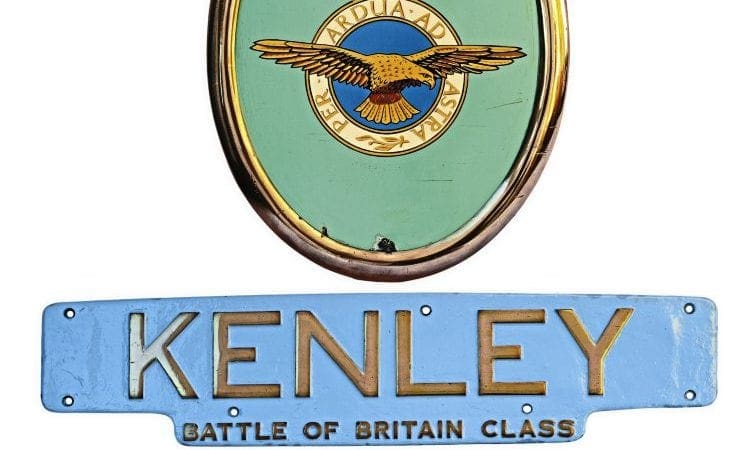 With a selection of five GWR nameplates, supported by six GWR cabsides and five smokebox numberplates from named locomotives, GW Railwayana will be living up to its name at its March 16 auction, although both the LMS and Southern Railway get a slice of the action.

The two Castle class locomotives were built at Swindon in July 1937 and April 1939 respectively, and were both withdrawn from Old Oak Common (81A) in 1962. No. 5066 was renamed Sir Felix Pole in April 1956, in commemoration of a former GWR general manager who had died in January of that year.

The LMS representative is Madras from Jubilee No. 45575, built by North British Loco in September 1934 and withdrawn from Burton (17B) in June 1963, and the SR contender Kenley with its RAF badge from SR Battle of Britain No. 34068.

This Pacific, named after an RAF wartime base in Surrey, entered traffic from Brighton works as No. 21C168 on the cusp of Nationalisation in October 1947 and was withdrawn from Salisbury (70E) in December 1963.