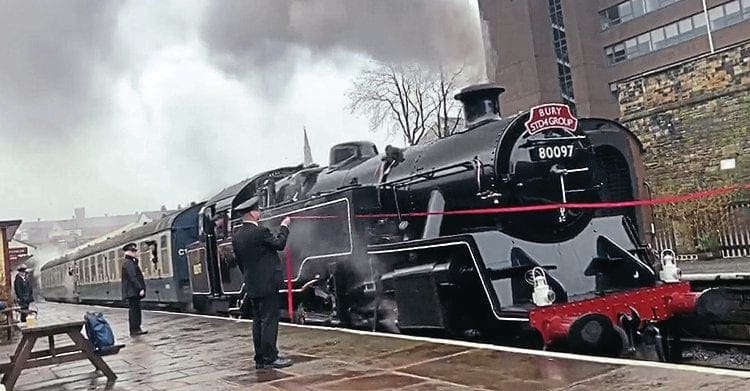 PRESERVATION history was made over the weekend of March 2/3 when two steam locomotives that have been restored to working order from Barry scrapyard condition were officially launched into traffic.

At 10am on March 2, the end of 33 years of toil and hard graft by members of the Bury Standard 4 Group was marked at Bury Bolton Street station when Brighton, 1954-built No. 80097 steamed through a red ribbon draped across the track before making its first ‘official’ journey up to Heywood. It was the 149th locomotive to return to steam from Barry condition

Meanwhile, 170 miles away, a private group of shareholders and supporters were attending a pre-launch party for Swindon, 1948-built Wightwick Hall at the Buckinghamshire Railway Centre, which is celebrating its 50th anniversary this year, and which was the 150th ex-Barry locomotive to resteam.