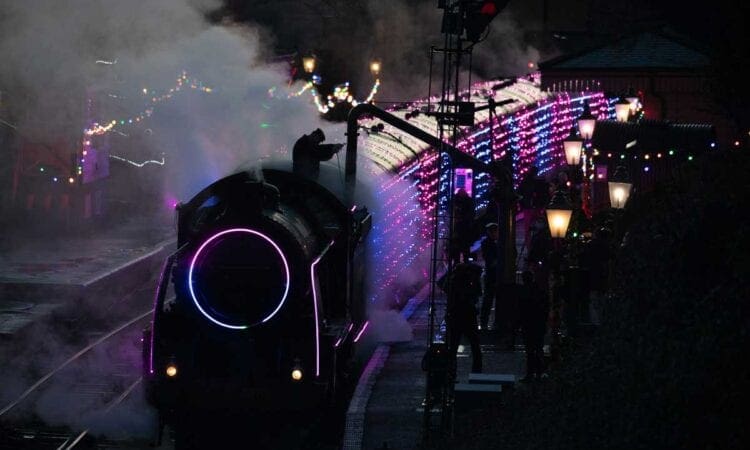 The huge lights event showcases 13,174 fully controllable colour mixing LED lights and LED wristbands, lighting up both the exterior and interior of the train.

Visitors to the Steam Illuminations at Watercress Line will marvel at the lights, then travel up and down the Railway’s 10 mile line. Trains depart from either Alresford or Alton and complete a round trip, back to the starting station.

Tickets start from £45 for two adults, visit the Watercress Line website to find out more.