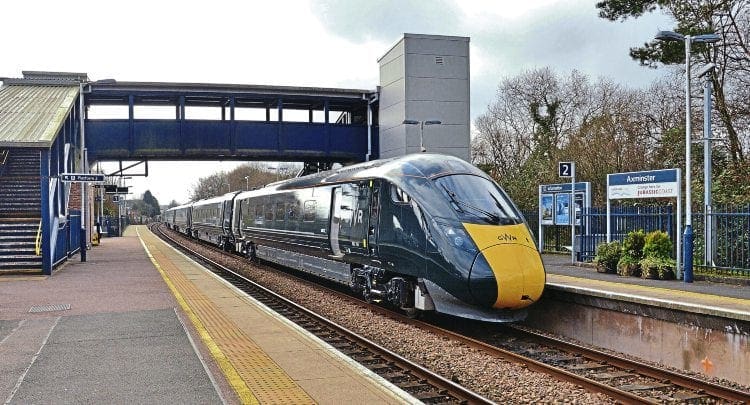 The recent closure of Whiteball Tunnel for three weeks has given John Heaton FCILT an opportunity to compare performances of HSTs and IETs over less familiar routes from Exeter.

THE former London & South Western Route to the west came into its own again for three weeks in February/March 2019.

What do you do on the modern railway when Whiteball Tunnel on the Devon/Somerset border needs extensive prophylactic work which would require a whole winter’s weekend possessions?

If Marley Tunnel, between Totnes and Plymouth, is next on your list, does that alter the strategy? Network Rail and the two major train operating companies involved opted for a ‘big bang’ answer and decided to close the line through Whiteball for three weeks, and simultaneously employ a single line working solution for Marley over the 7.65miles from Totnes to Aish. Why the different treatment for the two problems?

Marley is two single bore tunnels allowing safe working conditions for the engineers in one while operating trains in the other.

While bus operators with vehicles to spare rubbed their hands with glee at the prospect of lucrative winter contracts, the train planners considered how to run a skeleton service using the LSWR main line via Yeovil Jct. Train planners have had a bad press of late, taking the blame for a series of shortcomings in developing timetable plans for major projects, but the victories they score rarely receive acknowledgement.

One such example occurred last summer with the Derby station re-modelling project. Southbound trains, for instance, were diverted from Clay Cross North Jct via Toton and Sheet Stores Jct to rejoin the Derby to Birmingham main line at Stenson Jct, calling at Burton-on-Trent, where they were able to consort with rail replacement road services.