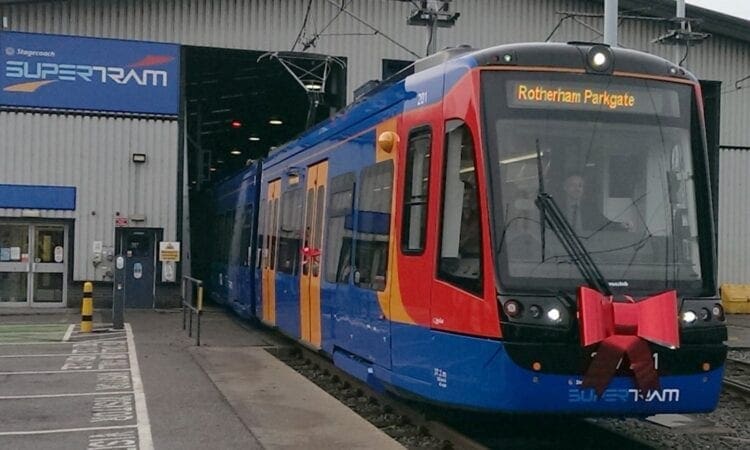 The education hub contains a wealth of information drawn from the collective experience of designing, constructing and operating Britain’s first Tram Train system.

Largely, Tram Trains can provide new journeys and connections with much less infrastructure than totally new tram or rail routes. Passengers can make a single, seamless journey between light rail tram stops and conventional heavy rail stations. With many being electric or battery-powered, they are better for the environment.

The launch of the hub is a key part of the Tram Train Pilot scheme in South Yorkshire which runs between Sheffield Cathedral and Rotherham Parkgate via Rotherham Central station, linking previously unconnected areas.

The pilot, funded by the Department for Transport (DfT), has been running for two years to test customer satisfaction, passenger numbers, reliability and costs. The scheme has proven popular and scored 96 per cent for user satisfaction on the latest independent survey by Transport Focus.

The hub, a key objective and outcome of the pilot scheme, is a comprehensive body of learning available free of charge that will benefit and boost future light and heavy rail hybrid schemes like Tram Train.

It is hosted by the web-based SharpCloud system and is further enhanced by easy navigation, a high-quality graphic interface and updates through to mid-2021.

Simon Coulthard, Network Rail’s Head of Light Rail Knowledge & Development, said: “The launch of the learning hub marks another major milestone in the delivery of the Tram Train Pilot. I thank my colleagues in SYPTE, Supertram and Network Rail for helping to compile the information and data that makes this a very comprehensive learning resource. I hope colleagues in the industry will find the hub valuable as they assess the potential for Tram Train elsewhere.”

The launch of the hub marks the first major deliverable for Network Rail’s new Light Rail Knowledge team which is part of the Network Services directorate. The team, led by Simon, has been created to provide a centre of excellence in Network Rail for light rail matters. Simon, and Light Rail Knowledge Manager Alex Dodds, work closely with colleagues and stakeholders to share learning from the Tram Train Pilot and help assess the next generation of light rail schemes that could benefit passengers and communities.

Alex, who maintains the hub, said: “It’s taken a huge effort by all the partners to bring our collective learning into one accessible forum. I’m really excited to be sharing our knowledge and helping the development of future light rail schemes.”