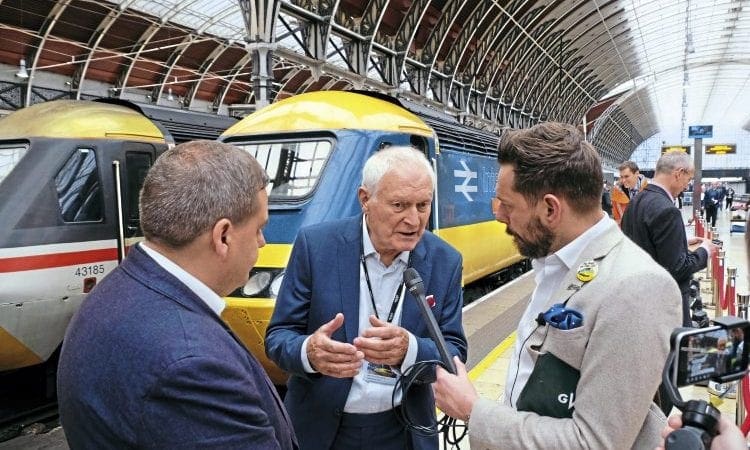 After almost 44 years of sterling service, the InterCity 125 – which transformed long-distance travel for British Rail – has ended its association with London Paddington.

Chris Milner joined in the commemorations and rode the last timetabled HST from Brunel’s famous terminus.

Thousands of enthusiasts flocked to London Paddington station on the evening of May 18 to witness the final timetabled HST workings of the venerable InterCity 125 train.

It really was the end of an era on Great Western, which first began in October 1976, and for 43 years and eight months, has seen IC125 operation on routes from Paddington form the backbone of BR and GW services – and indeed services elsewhere in the country.

From May 19, all InterCity services were being operated by modern Class 800 and 802 trains, built by Hitachi as part of the on-going transition of the railway.

For the Paddington finale, four HSTs stood side-by-side in a fitting choreographed salute across platforms 1 to 4, the workhorses surrounded by crowds of enthusiasts and photographers, many of whom had been enjoying their last ride on the trains. Some even opted for a Pullman-style dining farewell, regardless of cost.

Passengers alighting from inbound HSTs and other services, utterly bemused at the crowds, were thinking there was a famous star at the station, not realising it was the trains themselves which were the ‘celebrities’.

Read more and view more images in the June 2019 issue of The RM – on sale now!