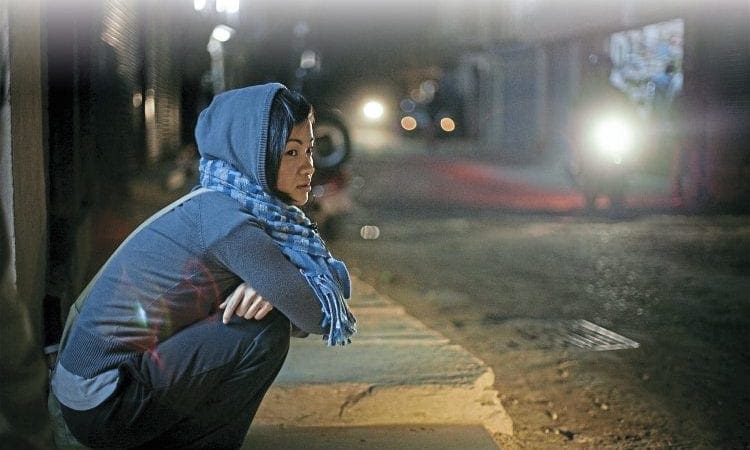 The Railway Magazine backs safeguarding on transport initiative to protect children at risk. You are likely to be familiar with the work of the Railway Children charity in India and East Africa, helping and supporting vulnerable youngsters.

Lesser known is the fact the charity now provides vital support for children in the UK under its Safeguarding on Transport programme.

And this month a special Railway Magazine charter will be raising money to support the organisation that is dedicated to the welfare of young people at risk in and around our railways.

In celebration of the 120th anniversary of The Railway Magazine, the publication is chartering a special train on Saturday, October 7.

The exclusive charter train will run from Euston to Glasgow and, as well as celebrating the publication’s 120 years, will also commemorate the golden jubilee of the Class 50s and the diamond jubilee of the ‘Caledonian’ express.

All proceeds raised from this once-in-a-lifetime rail tour will be going towards the Railway Children charity’s pioneering Safeguarding on Transport (ST) programme.

The initiative was launched in 2015 by Railway Children – a charity that supports children who run away from home or are forced to leave because of poverty, violence or neglect – in close partnership with British Transport Police (BTP) and the rail industry to make the UK railway network a safer place for vulnerable children.

According to Railway Children, a child runs away from home every five minutes in the UK, and it is estimated 16,500 children are at risk of sexual exploitation every year.

Latest figures from BTP show its officers handled nearly 5,000 child safeguarding incidents in 2016, of which 1,620 (or 33%) were children who had run away or gone missing.

A report published in 2014 by Parliament’s Transport Select Committee also added momentum to the initiative, after recommending BTP should be brought in line with other police forces, which set targets to assess how well they support vulnerable children. Since then, Railway Children has been working with BTP, operating companies and other charities to ensure incidents are reported and the right support is made available at the right time for 16 and 17 year olds.

As part of the Safeguarding on Transport programme, railway station staff have been given training on how to spot vulnerable children following warnings public transport is a hotspot for young people who have run away from home and are at risk of exploitation.

On September 14, 2007, 14-year-old Andrew Gosden walked out of the family home in Doncaster, boarded a train to London with a one-way ticket, and then simply vanished. A short sequence of CCTV stills captured that morning at King’s Cross station represents the last positive sighting of the schoolboy.

Ten years later, Andrew is the face of the Missing People charity’s Find Every Child campaign.

The latest on ‘The Railway Hub’:

Gaynor Little, Railway Children’s Head of UK Programme – Safeguarding on Transport, said: “Often the perception can be that a young person seen loitering, for example, is a source of trouble, when in reality they could be overwhelmingly vulnerable and in need of help.

“The training we have developed with BTP will help railway station staff, including retail workers, identify children who before might have gone unnoticed.

“About 100,000 under-16s run away each year, with many becoming vulnerable to grooming and sexual exploitation, and areas surrounding major stations are a particular concern,” added Gaynor.

“Our long-term aim is to create a national safety network throughout the UK transport system, with improved rail staff awareness and confidence in how to respond when suspecting a young person is at risk.”

In June this year, Railway Children also launched its first project in Manchester as part of the ST programme.

Since the launch, a significant number of children have already been referred to the new project by BTP’s safeguarding unit after being identified as being at risk, and to prevent them slipping through the net in terms of professional support to ensure their safety and emotional well-being.

All these young people and their families have then received follow-up support, either with a visit, by phone or letter.

Nationally, there are plans to expand the Manchester project, with five more schemes planned over the next five years. These will be at locations identified by BTP and Railway Children as having most safeguarding incidents.

A real impact on the lives of young people

One young person, who was found intoxicated at a North West station, has agreed to one-to-one work after feeling very depressed and suicidal.

She had wanted to step in front of a train and felt there was no-one helping with her mental health needs. Project workers have met with her and her family and further support has been provided.

Similar support is also being offered to a family after a young man witnessed his father assaulting a member of staff on a train while he was heavily intoxicated.

Project workers are liaising with children’s services to make sure this family have support for any issues at home with alcohol and domestic violence.

They are also ensuring the young person has a safe adult to talk to and get advice from.

Gaynor said: “Our project workers take referrals directly from BTP and provide ongoing support to children and families in whatever way best suits the individual case.

“During the first three months of this project, we have been able to make some very positive interventions. By sharing information and pooling our expertise, we can make a real impact on the lives of young people who might otherwise be overlooked.

“The success of the programme also depends on the continued support from key partners such as The Railway Magazine and BTP. Railway Children is also delighted to be able to play a part in celebrating The Railway Magazine120th anniversary and greatly appreciates the support from the publication and its readers in helping to improve the protection of vulnerable children in the UK.”

According to Railway Children’s ST Programme partner British Transport Police, making the rail network a safer place for children is not just the responsibility for professionals from the voluntary and public sector.

Superintendent Richard Mann says: “We all have a responsibility to protect vulnerable children in our community. We are asking passengers and rail staff to be aware of young people who might need help.

“They may be travelling on their own, appear upset or with someone older than them who does not appear to be a relative. Even if the report turns out to be nothing, that’s ok. We would rather look into all reports than not be told because someone is worried that they have been mistaken.”

He added: “And if you are a young person who thinks you, or someone you know, might need help – or you’d just like to ask us a question, we’re here for you. Whatever you need to tell us, you won’t be judged or blamed, and we have specially trained people at railways stations who can help.”

Access to The Railway Magazine digital archive online, on your computer, tablet, and smartphone. The archive is now complete – with 122 years of back issues available, that’s 140,000 pages of your favourite rail news magazine.