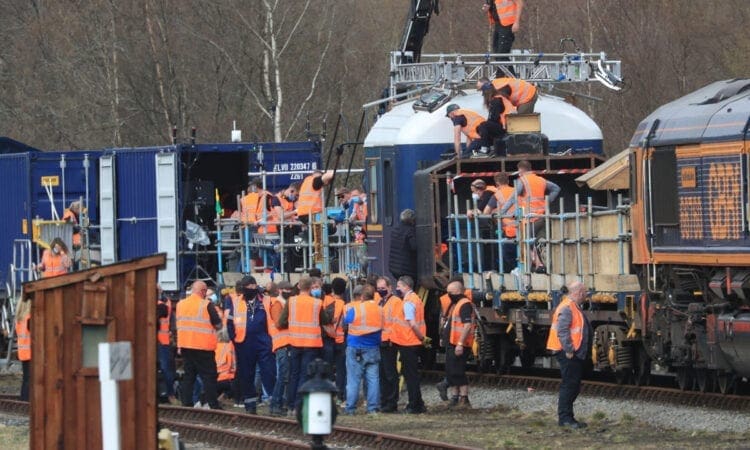 The Hollywood star, 58, was flanked by an entourage as he made his way across the set of Mission Impossible 7.

Also on The Railway Hub

Hundreds of crew were seen setting up for filming in the village of Levisham on the North York Moors near Pickering, which appeared to involve the use of a modified train and tracks.

Cruise, whose screen credits include the Top Gun and Jack Reacher films, was seen clambering on top of a carriage while apparently filming a stunt.