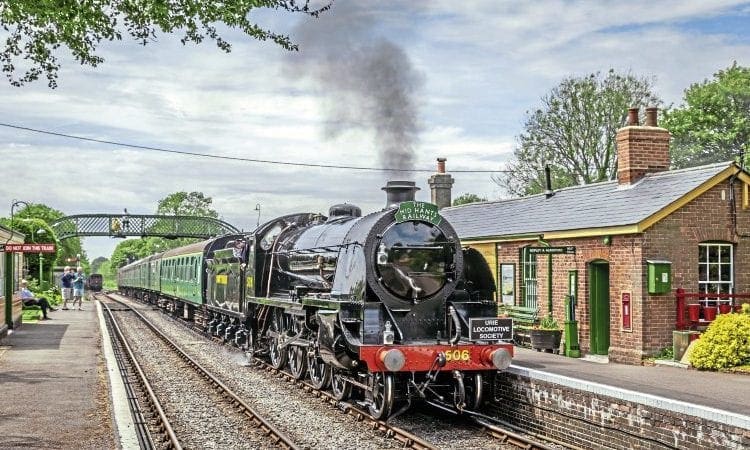 THE Urie Locomotive Society’s (ULS) newly overhauled ‘S15’ 4-6-0 No. 506 became the newest addition to the Mid-Hants Railway’s operating fleet when it was formally handed over to the line’s operating department on June 2.

The Eastleigh-built 4-6-0 last ran in 2001, and made its triumphant return to service resplendent in Southern unlined black with ‘sunshine’ lettering.

The handover was carried out at Alresford station by ULS honorary president Bob Urie, grandson of the ‘S15’s’ designer Robert Urie.

During his speech he paid tribute to the ULS’ determination and commitment to see the project through, and acknowledged the engineering skill and expertise that went in to completing the project.