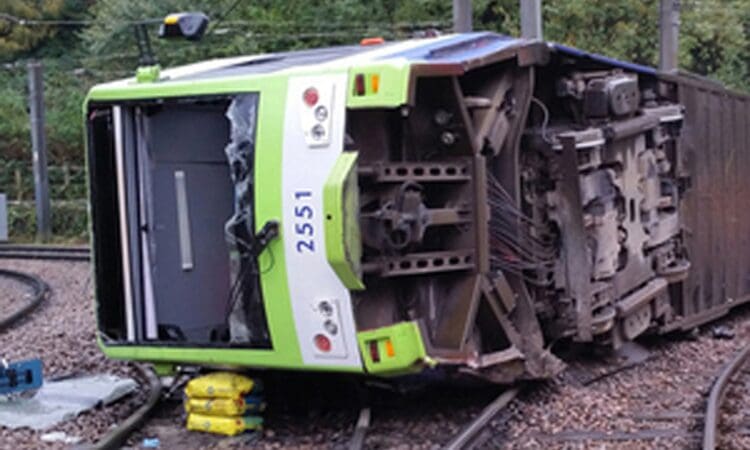 A lawyer representing the families of five people killed in the Croydon tram crash has urged Attorney General Michael Ellis QC to seek a new inquest into their deaths.

Ben Posford, head of catastrophic injury at Osbornes Law, claimed there were “inadequate and incorrect rulings” during the original inquest.

Following the nine-week inquest, a jury concluded last month that the seven victims of the derailment died as a result of an accident.

The victims’ families were furious that a conclusion of unlawful killing was not reached.

Mr Posford has written to Mr Ellis asking him to apply to the High Court for a fresh inquest.

Her decision was based on what happened at an inquest into the deaths of four men killed in a helicopter crash in Norfolk in 2014.

Miss Ormond-Walshe ruled that the case meant she was “not permitted to call further evidence” in relation to the tram crash because there was “no credible evidence that the investigation of the RAIB is incomplete, flawed or deficient”.

In his letter, Mr Posford wrote: “We believe that it is necessary or desirable in the interests of justice that another investigation be held.”

He claimed the senior coroner’s interpretation of the Norfolk case was “far too broad”, and has the effect that inquests into the deaths of people killed in future public transport accidents “will never again hear from any of those who are directly responsible”.

Seven passengers died and 51 were injured when the tram derailed in south London on November 9 2016.

During the inquest, the jury heard the tram toppled over and spun off the tracks in darkness and heavy rain near the Sandilands stop after hitting a curve at 73kph (45mph).

The speed limit for that stretch of track was 20kph (12mph).

RAIB chief inspector Simon French told the inquest the driver, Alfred Dorris, may have slipped into a period of “microsleep” on the stretch of track ahead of the curve.