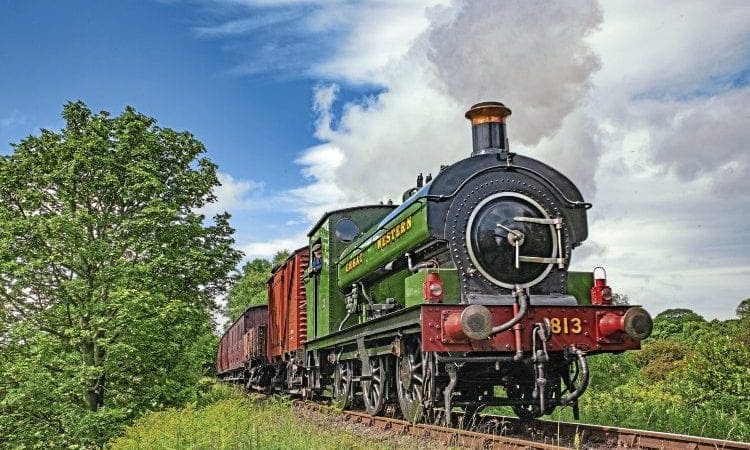 FORMER Backworth Collieries 0-6-0ST No. 12, better known in preservation as Great Western Railway No. 813, returned to the Tanfield Railway to celebrate its North East heritage at the line’s Legends of Industry gala on June 14-16.

The 1901-built ‘Swindonised’ Hudswell, Clarke last visited Tanfield in 2007, and again was present courtesy of the GWR 813 Preservation Fund and the Severn Valley Railway.

Its appearance at the gala coincided with the 85th anniversary of its arrival at the Northumberland collieries from the Port Talbot Railway system in South Wales.

No. 813 ran in the guise it carried when it first arrived at Backworth, complete with No. 12 on the cab sides and minus its safety valve bonnet.