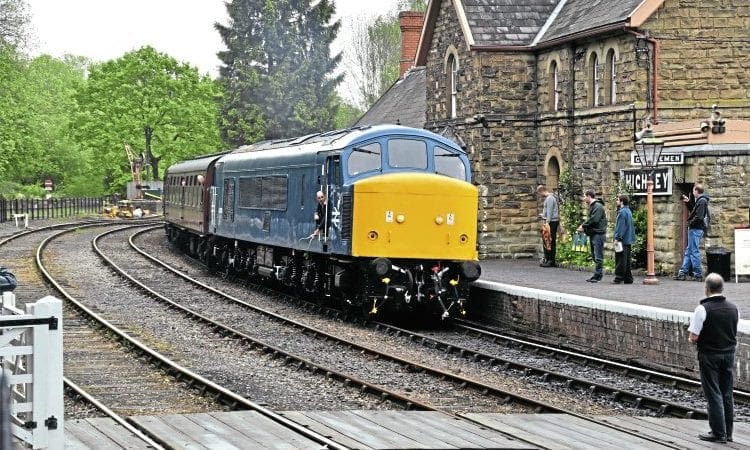 It has been restored to a high standard by the Pioneer Diesel Locomotive Group at Ruddington, and appeared at the SVR along with the same group’s Class 37 No. 37688 Great Rocks (RM June, p 96).

The ‘Peak’ is seen arriving at Highley with the 11.18 Bridgnorth-Kidderminster on May 17.

It is now back on the Great Central Railway (Nottingham) for a full season’s operation, including diesel running days on July 13 and 27, August 10 and 24, September 14-15 diesel gala, and 22, all subject to availability.