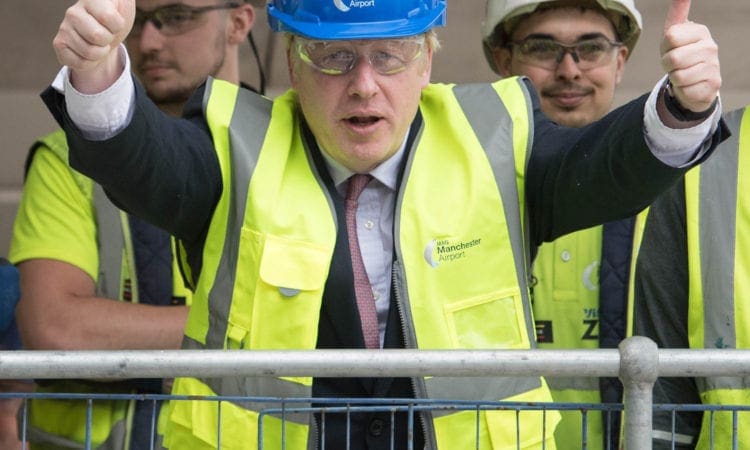 Boris Johnson must commit £39 billion to Northern Powerhouse Rail (NPR) as part of a raft of measures to boost the region, leaders have said.

City mayors Andy Burnham and Steve Rotheram are among 19 leaders calling for the Prime Minister to pledge a “northern budget” to unlock its full potential.

Boris Johnson said a “very, very good case” was being made for the sum to be spent in connections between Liverpool, Manchester, Bradford and Leeds during his Tory leadership campaign.

The leaders from the Transport for the North group are asking him to commit to the £39 billion funding in full now that he is PM.

Popular on The Railway Hub:

The group, which also includes mayor of the Sheffield City Region Dan Jarvis, are further demanding £7 billion for the Northern Infrastructure Pipeline of road and rail projects.

Mayor of the Liverpool City Region Mr Rotheram said: “We’re consistent and focused in our plan for what infrastructure the north needs to unlock its full potential, not just for its own benefit, but for the whole UK.

“A northern budget would be the ultimate demonstration of that commitment.

“The north is clear that we only support NPR proposals that deliver the whole network, from Liverpool to Hull, along with HS2.”

Shadow chancellor John McDonnell said the investment “is exactly what’s needed and what Labour in government will deliver”.

A Government spokesman said: “As the Prime Minister recently set out, this Government is committed to boosting the North by levelling up our regions, through Northern Powerhouse Rail, giving local leaders greater powers and investing £3.6 billion in towns across England.

“We’re already investing over £13 billion in improving transport in the North – more than any government in history – and will set out our plans to build on this in due course.”

On the campaign trail, Boris Johnson expressed his backing for giving regions greater control over spending and raising funds.

But the PM is not a fan of HS2 and has said he has “anxieties” about its business case.

The northern leaders’ calls came as Exchequer Secretary to the Treasury Simon Clarke prepares to head to Greater Manchester to commit to the Northern Powerhouse project to boost the region.

But Peter Dowd, Labour’s shadow chief secretary to the Treasury, branded the visit a “PR exercise” that “will do little to alleviate the billions of pounds cut from services across the north over nine long years of austerity”.