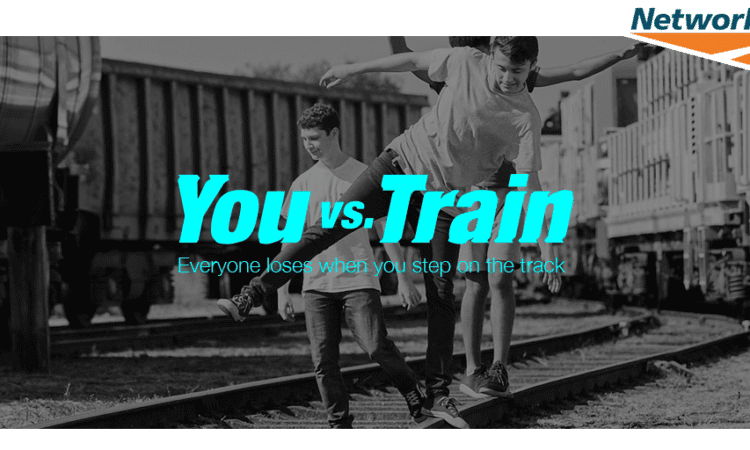 Network Rail is reminding the public of the dangers posed by trespassing on the railway after a man who climbed on top of a tunnel overlooking railway lines near St. Pancras International station, blocking trains between London, Kent and France, was jailed.

Terry Maher, aged 44, of Cubitt Street, clambered onto the tunnel, owned by Network Rail, with a St. George’s flag, power banks for his phone and warm clothing, and stayed in the extremely dangerous area for 13 hours.

His actions halted high-speed trains travelling to the south east and France, disrupting thousands of commutes and delaying holidays. In total, 88 trains were cancelled, and around 22,000 people were directly affected, delayed, inconvenienced or had to abandon their travel plans. International passengers, who were intending to travel on the Eurostar from St. Pancras, were stranded overnight in London. The cost of the disruption is estimated to be more than £1 million.

Maher was found guilty of malicious obstruction of the railway and was sentenced to one year in jail at Blackfriars Crown Court on Monday 12 August.

Network Rail, British Transport Police and the wider rail industry is currently running a summer-long nationwide campaign highlighting the dangers of trespass, which is targeting young people. The railway is full of both hidden and obvious dangers – the electricity is always turned on – and trespassers run the risk of serious life-changing injury or even death.

Allan Spence, Network Rail’s head of public and passenger safety, said: “Any act of trespass is not only incredibly dangerous to the individual involved, but also very disruptive to passengers who simply want to get home, to work, to hospital appointments or to meet friends and family.

“The court’s ruling reflects the seriousness of this man’s actions, and should serve as a warning to anyone tempted to trespass on the railway – even if they manage to avoid personal injury, they risk a long prison sentence.”

Investigating officer Detective Sergeant Dean Percival said: “This has been described as the single most expensive incident in the history of high-speed railway in Britain.

“However, not only did it cost the rail industry, it also cost thousands of commuters and holiday-makers their time, significantly delaying their journeys and leaving them stranded at stations desperate for the situation to be resolved.

“Maher’s selfish actions profoundly impacted the day to day lives of the public; that impact is what he was brought to court to answer for.”

British Transport Police warned ‘trespass will not be tolerated’ following a number of railway trespass incidents in May, as Flying Scotsman was operating on the national network.