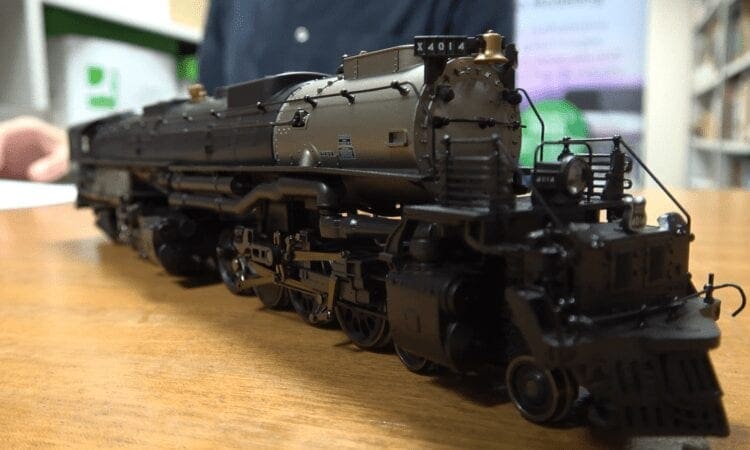 This year sees the 150th anniversary since the ‘Pacific Railroad’ was finished, which linked the existing eastern US network with the Pacific coast at Omaha, Nebraska.

The 1,912 miles of continuous railway line was built between 1863 and 1869. 2019 also marks 60 years since the “Big Boy” locomotives first started being removed from the US network with Union Pacific restoring the 4014 to coincide with this anniversary.

Called “Big Boy” as of all the articulated engines, this 4-8-8-4 was the biggest in terms of size, weight and speed. The name originates from a message written in chalk on the door of the smoke box by a worker on the prototype project. “Big Boy” can reach speeds of 80 miles per hour, with over 7000 hp.

With a confounding length of 475mm (almost 19 inches), a 5-pole motor and brass flywheel, a DCC Ready 21-pin plug, handrails made from steel wire and much more, this locomotive is unlike any other and undeniably lines alongside other models as a classic.