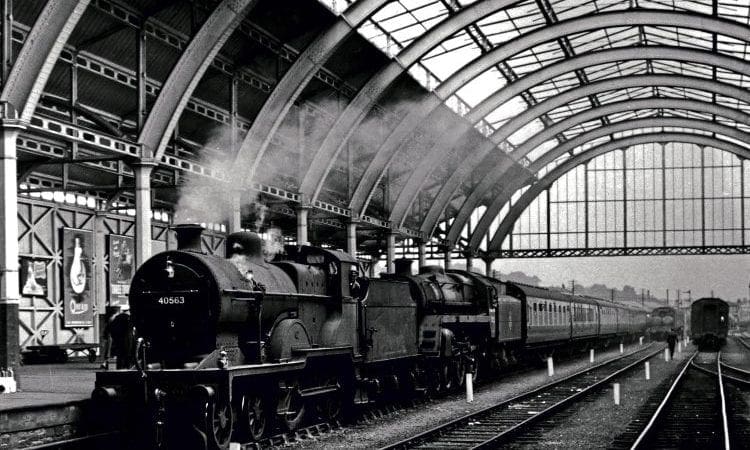 Mike Arlett clears up the still-perpetuated myth that the Midland Railway had first opened a branch line from Mangotsfield to a temporary terminus in Bath.

Far less certainty remains as to the name (or courtesy titles) officially bestowed on the station until BR renamed it as Bath, Green Park post-Nationalisation.

The Midland Railway terminus at Bath opened to the public on Wednesday, August 4, 1869, and appears – over the decades – to have been referred to by differing names and courtesy titles. But which of these were official?

A trawl through the pages of newspapers published in the 1870s and local to Bath and the surrounding area reveals that, until the arrival of the Somerset & Dorset Railway (S&DR) in 1874, there appears to have been no reference to Queen Square in the station title of the Bath terminus. Until then, the Midland Station appears to have sufficed.

With the publication of some of the earliest S&DR timetables (certainly from 1875), the station was occasionally advertised as Bath Midland Station, Queen Square.

This included a few public notices: for example, an advertisement by the Midland & Somerset & Dorset Railways, which appeared in the Western Daily Press on March 25, 1875.

Likewise, the Bath Chronicle, on May 13, 1875,referred to Bath (Midland Station, Queen Square) in an advert by the Midland, London & South Western and Somerset & Dorset Railways. But such examples were the exception.

Was it a case of ‘one-upmanship’ by the Midland Railway publicity department using the proximity of the elegant Queen Square (designed and built by John Wood the Elder between 1728 and 1736) that led to the station being referred to by that name?

Read more and view more images in the September 2019 issue of The Railway Magazine – on sale now!