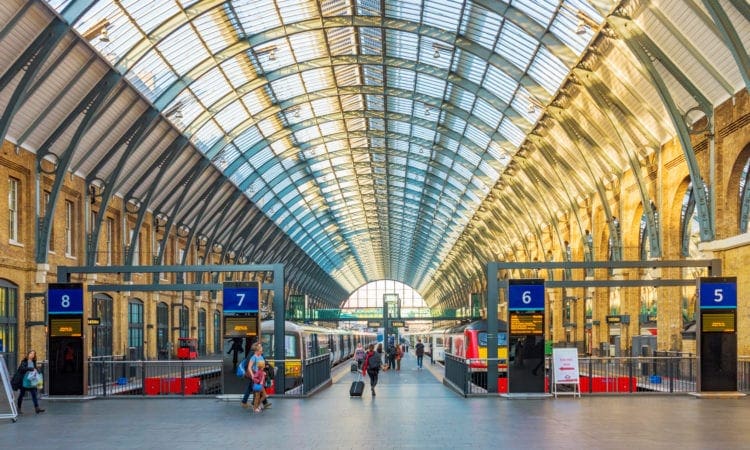 The UK has more than 2,500 railway stations, but none are quite as iconic as London’s King’s Cross.

Its historical and cultural fame have made this rail hub undeniably popular, not just in the UK, but also worldwide. There are, however, some interesting facts that may have fallen under the radar.

1. King’s Cross has the only platform 0 in the capital

There is a legitimate reason for this anomaly though.

Following a round of refurbishments in 2010, including the construction of a new platform, it took some lengthy consideration from National Rail to figure out what to name the newest addition. They discussed the name Platform Y and then they suggested renumbering the other platforms to accommodate it. In the end, they decided to go with platform 0. Let’s hope that any future platforms don’t creep into the minuses, its already confusing enough!

2. King’s Cross station should have had a runway

During the early 1930’s, it was proposed that London should have an inner-city airport. It was to be a circular runway that would have been built on the roof of King’s Cross station with lifts designed to move the aircrafts from the hangers underneath.

It was never to be, even though it was extremely innovative engineering, especially for the 1930s. The runway and hangers would have removed any room for the railway station to operate, essentially leaving aviation as the only method of long-distance transport for inner-London. Luckily, King’s Cross offers a direct train to the outlying Heathrow airport, so Londoners get the best of both worlds.

3. The King’s Cross apostrophe is occasionally silent (kind of)

All of the signage found within and around King’s Cross station includes the possessive punctuation, as well as the adjoining King’s Cross St Pancras tube station.

However, there are plenty of examples – albeit mostly online – where the apostrophe is omitted. Some of these include popular websites like Camden Council and even National Rail, where the station is labelled as ‘Kings Cross’ instead.

Grammatically, there should always be an apostrophe because the station was named after a statue of George IV, which once stood between Pentonville road , Gray’s Inn and Euston Road.

4. J.K. Rowling got King’s Cross mixed up with Euston station

On a more light hearted note, JK Rowling, the author of the mega popular Harry Potter series, actually mixed up the railway station she wrote about in the books.

As is common knowledge, the Hogwarts Express had a residency at Platform 9 ¾ in King’s Cross station. However, in writing she’s actually detailing Euston station, which is also in London, but just a little off. This was discovered when she described Platforms 9 and 10, however the real 9 and 10 at King’s Cross aren’t even in the same building.

To remedy this issue, filmmakers simply used Platforms 4 and 5 instead, thus creating the iconic location for the magical gateway to the Hogwarts Express.

5. King’s Cross used to deal with freight as well as passengers

Once upon a time the station had a huge goods yard to handle a whopping one million tonnes of cargo. Being such a superbly connected station, it was the perfect place for trade to pass through in order to reach inner-London and the rest of the country.

Today, only passenger trains are used at the station, which is probably for the best since the population has massively increased, meaning there’s many more people travelling. There’s hardly room for another bathroom, never mind a whole goods yard.