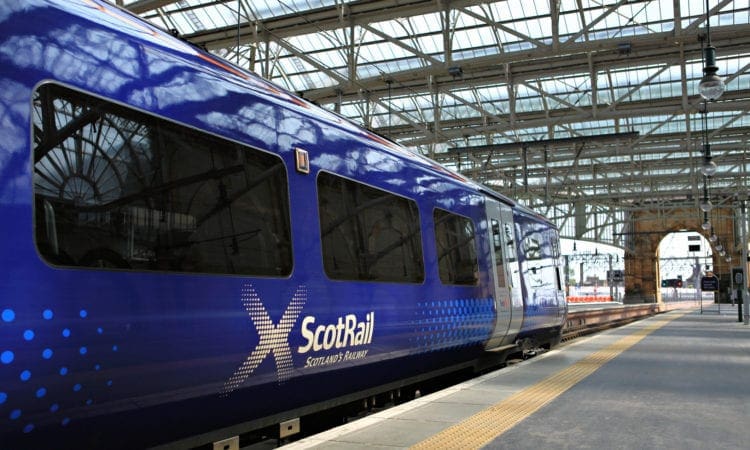 Labour is poised to force a vote “as early as next week” in the Scottish Parliament in a bid to end the Abellio franchise of ScotRail.

Scottish Labour leader Richard Leonard said the party plans to take action, saying there is “no place” for the “profit motive” on the railway.

Earlier this month, the Scottish Government put plans in place to run the railways as an “operator of last resort” if ScotRail’s performance fails to improve.

In February, ministers handed ScotRail its second improvement notice in less than two months after passenger satisfaction plunged to its lowest level in 15 years.

Speaking at the Labour Party’s annual conference in Brighton, Mr Leonard said there should be public ownership of public services.

He said there is “no place” for the “profit motive” in bus services, prison service or in the asylum system.

“It should have no place in our railways either, which is why I am today announcing that the Scottish Labour Party will force a vote in the Scottish Parliament as early as next week to end the Abellio franchise of ScotRail,” he said.

The British constitution is “creaking and out of date”.

Mr Leonard also said Brexit is showing the British constitution is “creaking and out of date”, adding there is a need to extend democracy to workplaces and communities.

He said the party would push for the abolition of the House of Lords, saying it should be replaced by an “elected senate”.

“It is not just more powers coming to Scotland that we need, it is a fundamental rebuilding of the broken British state that is required,” Mr Leonard said.

“So that is why we are proposing, at last, the abolition of the House of Lords.

“We are on the brink of something extraordinary.”

“A socialist Britain will do far more to improve the lives of the people than a separate Scotland ever could.”

He called for unity behind Labour leader Jeremy Corbyn, and warned there would be no “shortcut” to a Labour Government “through the SNP”.

Violent assaults on London Underground workers are increasing, according to a union, prompting warnings that industrial action could be stepped up.

Members of the Rail, Maritime and Transport union on parts of the District Line are due to launch action from Friday including working from a place of safety when lone-working and not attending incidents on trains alone.

The RMT said there had been a “shocking attack” on LU staff at West Ham last week, warning it will have no hesitation in escalating the dispute if there is not a programme of urgent action to stem the “surge” in violent abuse and assaults.