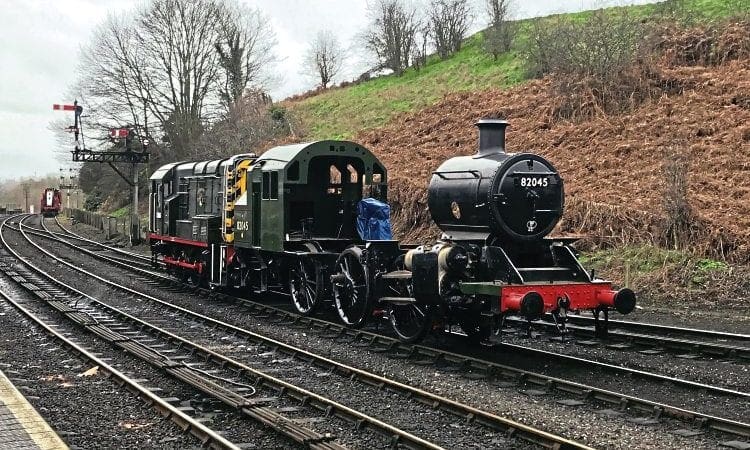 Severn Valley Railway-based new-build BR 3MT No 82045 took a major step forward last month when it was lowered onto the running line at Bridgnorth and, in the days that followed, it made its first moves – albeit as an 0-6-0 – as part of a shunt into the locomotive shed from its hitherto outdoor home.

It was November 2008 when the two main frame plates for No. 82045 arrived on site at Bridgnorth and were erected in two support stands on the concrete base opposite the boiler shop near the old café.

In the intervening period, work has proceeded on the construction of the chassis, culminating in fitting the driving wheels last April. Since then, the locomotive continued to reside on the concrete base on an isolated length of track.

All that changed on January 23 when Allelys Installations Ltd arrived to raise No. 82045 a few inches off its track and traverse it sideways to lower it down on to the adjacent cattle dock siding.