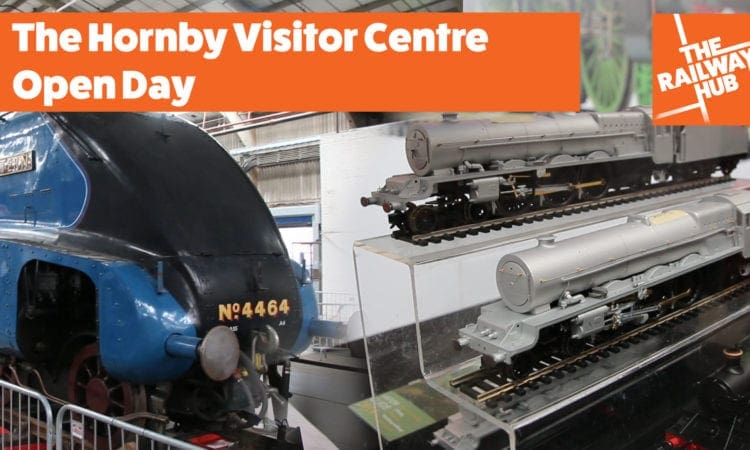 There were smiles all-round in a corner of Margate over the weekend of August 17-18 as the doors were opened to Hornby’s spiritual home.

Members of the public could view for the first time a collection of standard gauge rolling stock which is housed in the cavernous former Tri-ang/Hornby factory warehouse alongside the model manufacturer’s recently refurbished visitor centre.

Known as The One:One Collection and billed as ‘a museum in the making’, the full-size stock is part of Locomotion Storage. Plans are afoot to enhance the displays

Simon Kohler, Hornby Hobbies’ marketing & product development director said: “Hornby’s been here since 1954. Different management decided to leave the building and sell it. It was later bought by Jeremy Hosking. When the management changed again, we believed Hornby should move back from Sandwich.

“Jeremy has a real passion for railways large and small. Over the years, he’s had excellent connections with Hornby. With the help of Frank Martin, CEO of Locomotion Storage, he couldn’t have been more obliging when approached about Hornby returning ‘home’.

“It was logical we would form an association to produce models of the The One:One Collection. Hence Bittern and the ‘Black Five’, which is a visitor, have been reproduced in ‘00’ scale – with just 1,000 models of each.

“It seemed like all the elements came together to hold this event. Earlier in the year, it was suggested we hold an open weekendto celebrate not only the return of Hornby to Margate but also to allow visitors to have access to the Hornby site where they could see some of the latest models – as well as visit the wonderful collection housed at Locomotion Storage. “All the effort has certainly been worth it. We live in exciting times here. Personally, I am genuinely excited about what the future holds!”