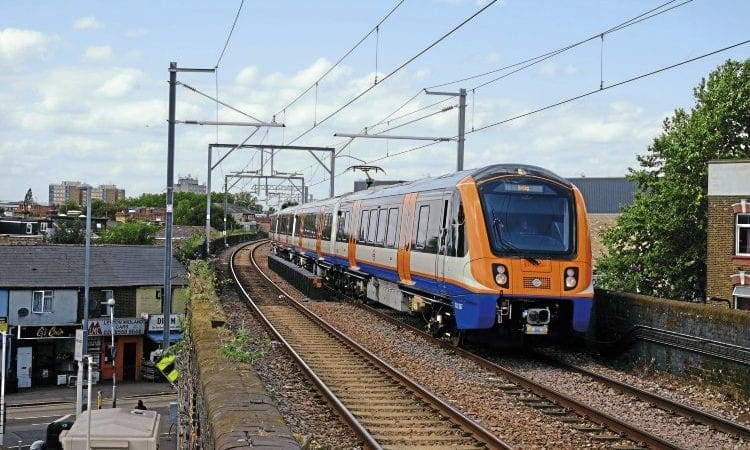 Transport for London’s Overground operation has transformed services on many local railways in the capital. As the city’s population grows and demand increases, its train fleet is expanding to create additional capacity. Ben Jones visits the modernised Gospel Oak to Barking line to sample the first Bombardier ‘Aventra’ design to enter service.

Class 710 is the first variant of Bombardier’s ‘Aventra’ family to enter traffic. A £260 million contract to build 45 four-car trains was awarded in July 2015, with an option for 24 more four-car sets, plus a further option to extend some or all units to five cars.

The trains were due to enter service on the newly electrified Gospel Oak to Barking (Goblin) route by November 2018.

However, it was early August before London Overground was able to turn all Goblin diagrams over to Class 710s, replacing temporarily shortened Class 378s and replacement buses which had to be introduced after Class 172 DMUs were transferred to the West Midlands.

As well as Goblin services, the fleet has been acquired to help enhance frequencies and increase capacity on the North London and West London Lines, the Euston to Watford Junction ‘DC Lines’, and to replace ex-BR Class 315s and 317s on inner-suburban routes from Liverpool Street to Chingford, Cheshunt and Enfield Town.

Additional AC-only trains are also being built to extend Goblin services to Barking Riverside by 2021 and, by releasing Class 378s, allow an increase in East London Line (ELL) services from 16 trains per hour (tph) to 20tph.

TfL originally intended to procure a fleet of longer DMUs for Gospel Oak to Barking, as by 2012 the two-car Class 172/0 ‘Turbostar’ units were unable to cope with demand, causing overcrowding throughout the day.

TfL issued a tender for eight three-car or four-car trains, but this was shelved when authorisation was given for the line to be electrified at 25kV AC overhead.

Initially, the plan was for a total of 39 four-car EMUs, with 30 for the Liverpool Street routes, eight for Gospel Oak to Barking, and one for the Romford to Upminster shuttle.