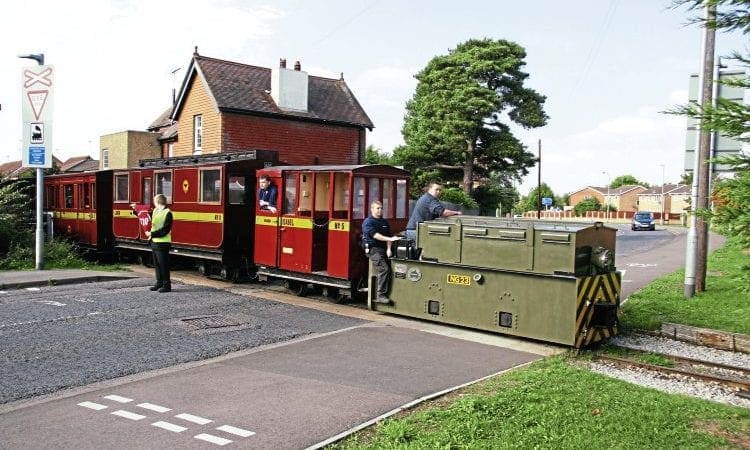 Cliff Thomas reports on a rare heritage anniversary – a 2ft-gauge railway that has operated continuously for a century.

THE Leighton Buzzard Railway (LBR) will celebrate the line’s 100th anniversary of continuous operation on November 17, the nearest Sunday to the original opening date.

Numerous heritage railways have marked anniversaries of 100 years from the original opening of their line – but in almost all cases there was a closure period before reopening by enthusiasts.

Just a handful of today’s heritage lines never closed, and this 2ft-gauge railway in Bedfordshire is one of that very select band.

The 50th anniversary of what was originally the Leighton Buzzard Light Railway (a company title not owned by the society hence today’s preserved line is Leighton Buzzard Railway) was marked, a shade belatedly, by a feature in the July 1970 issue of The Railway Magazine.

By then commercial sand transport over the line, the reason the railway was built, had truncated to just the Vandyke Junction to Double Arches section.

However, enthusiasts had already arrived on the scene, and on March 3, 1968, operated the first passenger train since the line’s 1919 opening over part of the southern section northwards from the location (now Page’s Park station) where they had begun developing a terminus and a collection of locos and stock.

That July 1970 RM article was prescient in observing that the dwindling sand traffic may not result in abandonment of the railway.

Moreover, it raised the possibility that the society (formed in 1967 as The Iron Horse Railroad Society and renamed Leighton Buzzard Narrow Gauge Railway Society in September 1969 when initial ideas of an American-style project were dropped) may have the opportunity of taking over the entire line.

This indeed happened, resulting in the LBR having another significant historic claim since the transition between commercial and preservation operation was progressive, the railway serving both purposes for 14 years.

Such combined use is rare, and in the case of the LBR probably unique for a British narrow gauge line.