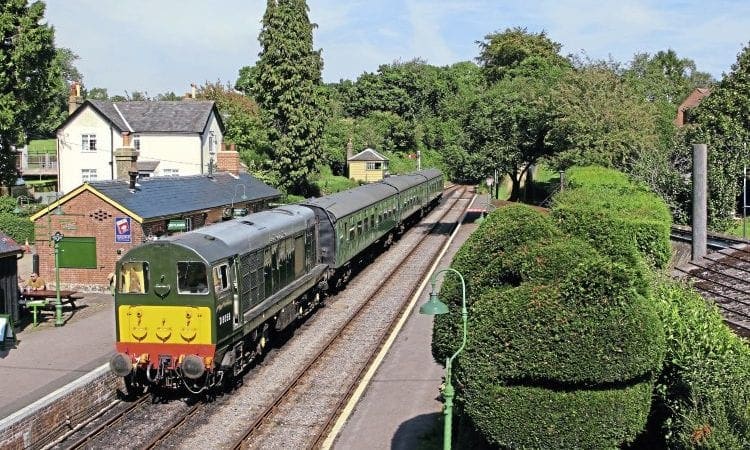 CLASS 20 No. D8059 arrived at the Mid-Hants Railway (MHR) on July 26 from the Midland Railway-Butterley.

It is owned by Somerset & Dorset Locomotives and is visiting the MHR on an extended stay, initially standing in for Class 50 No. 50027 Lion, which is receiving attention.

It is about to depart from the temporary terminus of Medstead & Four Marks with the 15.10 to Alresford.

The line from Alton is due to reopen by the end of October, having been closed while work was carried out on Whitedown Lane bridge as part of a large highway improvement scheme.