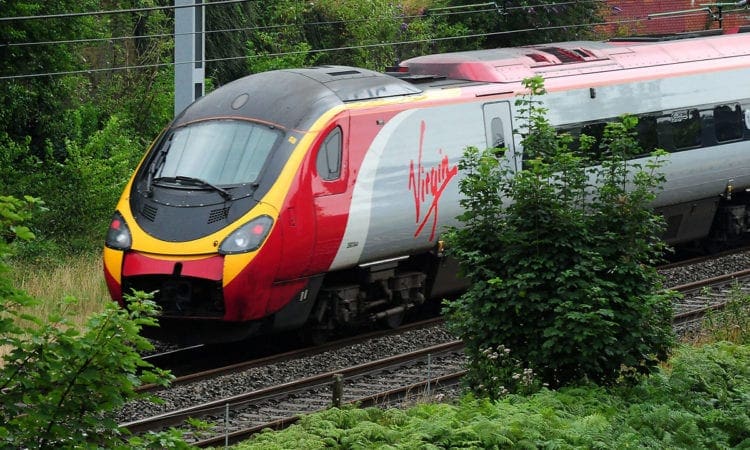 The proportion of people travelling between London and Glasgow by rail rather than air has reached a record level, according to Virgin Trains.

Some 29% of passengers making the journey between England and Scotland’s biggest cities in the 12 months to July chose to travel with the train company rather than fly.

This is nearly two percentage points higher than the previous record set in 2014, during the Commonwealth Games.

The figures released by Virgin Trains show the rise was driven by a 6% year-on-year increase in the number of passengers travelling between London and Glasgow by train, reaching 718,000.

The quickest flights between the cities take around one hour and 15 minutes, whereas the railway offers a city centre to city centre service in around four-and-a-half hours.

Virgin Trains managing director Phil Whittingham said: “The number of people choosing train over plane is testament to the investment and improvement Virgin Trains has made in Anglo-Scottish services over the last two decades.

Colin Howden, director of sustainable transport charity Transform Scotland, said: “The current level of air travel is incompatible with the climate emergency so it’s heartening to hear that rail is growing its market share over air for travel between between central Scotland and London.

“Comparable distances across Europe use rail rather than air as the dominant mode of transport, so it is overdue for Scotland to take action to cut the excessive volume of flights from Edinburgh and Glasgow to London.

“Rail produces a fifth of the climate emissions that comes from air travel. It’s definitely the greenest option for Anglo-Scottish travel.”

The flight-shaming movement, which has grown in recent months, encourages people to stop travelling by air.

The boss of the consortium that owns regional airline Flybe recently said he could axe some routes where the journey can be made easily by train or car.

Virgin Trains has run services on the West Coast Main Line since March 1997 but the franchise is being handed to First Trenitalia on December 8.