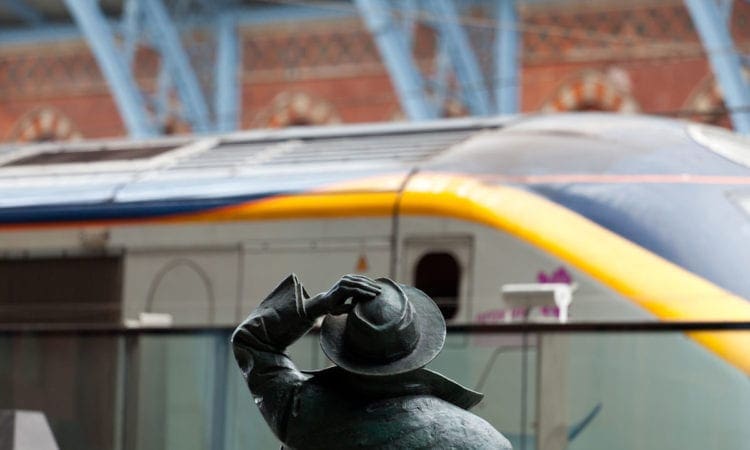 A £500 million fund pledged by the Conservatives to restore rail lines and stations axed in the Beeching cuts in the 1960s “is not going to buy you very much”, a rail expert has warned.

More than 5,000 miles of track and nearly 1,500 stations were closed between 1964 and 1970, following a report by British Railways chairman Dr Richard Beeching.

The Conservative Party has pledged to establish a Beeching Reversal Fund to restore services to “many of the towns cut off” from the rail network.

But Sim Harris, managing editor of industry newspaper Railnews, said reopening many of the lines which fell victim to the Beeching cuts would cost “billions”. Read the full story here.

Services between Lincoln and London have been delayed or cancelled after a “low-speed” crash between two trains at a depot in Leeds.

London North Eastern Railway say the collision was a ‘low speed derailment’ involving two Azuma trains and no one has been injured. Full story here.

Eurostar is operating a train with no single-use plastics to mark the 25th anniversary of its inaugural service.

The 10.24am departure from London to Paris on Thursday will feature wooden cutlery, cans of drinking water, glass wine bottles and paper-based coffee cups.

In an interview, Eurostar chief executive Mike Cooper acknowledged the stunt will initially be a one-off but insisted it is “looking forward, based on what we stand for”.

HS2 should go ahead despite costs hike, says review

A recommendation that HS2 should continue to be built in full despite soaring costs has been welcomed by political leaders in the North.

The leaked early draft of a report seen by The Times stated that the high-speed railway should go ahead as “large ticket price rises” will be needed to discourage peak-time travel unless it is built.

The review, led by former HS2 Ltd chairman Douglas Oakervee, found that HS2 could boost cities in the North and Midlands more than London due to better connections on intercity routes. Full story here.

The proportion of people travelling between London and Glasgow by rail rather than air has reached a record level, according to Virgin Trains.

Some 29% of passengers making the journey between England and Scotland’s biggest cities in the 12 months to July chose to travel with the train company rather than fly.

This is nearly two percentage points higher than the previous record set in 2014, during the Commonwealth Games. Full story.