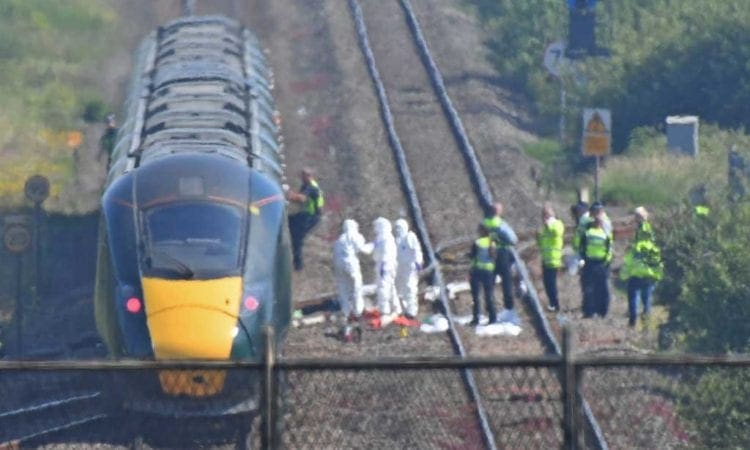 The families of two rail workers who died after being hit by a train have said they are determined to ensure no-one else is killed in similar circumstances.

Michael “Spike” Lewis, 58, and Gareth Delbridge, 64, died while carrying out engineering work for Network Rail on the line near Port Talbot, South Wales, in July.

Three inquiries – by the Rail Accident Investigation Branch, the Office of Rail and Road and British Transport Police – have been launched into the fatalities.

An interim report by Network Rail said Mr Lewis, from North Cornelly, and Mr Delbridge, from Bridgend, were wearing ear defenders and were using noisy equipment which could have meant they did not hear the train.

There was also no official lookout in place when they were struck by a Swansea to London Paddington service approaching at 70mph.

Mr Delbridge’s son-in-law Adrian Grant, who was speaking on behalf of both families, said “they would leave no stone unturned” to find out what happened.

“Our families are working with the official investigative authorities to find out exactly what happened the day Gareth and Michael died, and we will make sure we understand every element so that justice is done for the boys and so that nothing like this can ever happen again,” he said.

“We want to leave no stone unturned in understanding exactly why our boys went to work one day and never came home, leaving a gaping hole in our lives, as well as in the communities that loved and respected them so much.

“As well as trying to deal with our grief, we find ourselves in the middle of three very important official investigations.

“We are determined to understand exactly what happened that day and are prepared to campaign hard so that no other lives are needlessly lost or endangered by unsafe working practices on the railways and no other family goes through this.

“We owe it to them, their colleagues, and railway workers all over the country to make sure this can never happen again.”

The Network Rail report said the train driver used high and low tones of the horn, before using two long continuous blasts of low tone, in an attempt to warn the workers.

But it said it was “uncertain” whether using a series of short high tones warnings instead could have resulted in the workers becoming aware of the train earlier.

Mr Lewis and Mr Delbridge were subsequently hit and killed, while a third worker, who witnessed the incident, suffered “severe shock”.

“Nothing will lessen the pain”

Martin Frobisher, Network Rail’s safety director, said the firm would continue to investigate the cause of the accident before it made recommendations for the future.

“Nothing will lessen the pain, but understanding what went wrong and learning from that will, I hope, go some way to reassure all those affected that we will do all we can to stop it ever happening again,” he said.

The families have instructed law firm Hugh James to represent them and have launched a civil claim against Network Rail alleging it was negligent in its duty of care as an employer.

Solicitor Iain Scott said: “Whilst the early signs are encouraging, we very much hope that the three official investigations will be painstaking in their examination of the facts and circumstances of the accident so that in the fullness of time, a truthful and accurate picture of what happened will emerge and from which lessons will be learned.

“Gareth and Michael’s families deserve the peace of mind that absolutely everything is being done to find out what happened, and for justice to be served.

“This type of incident has no place in the age we live in, and we’ll support the families at every step to make sure it never happens again.”