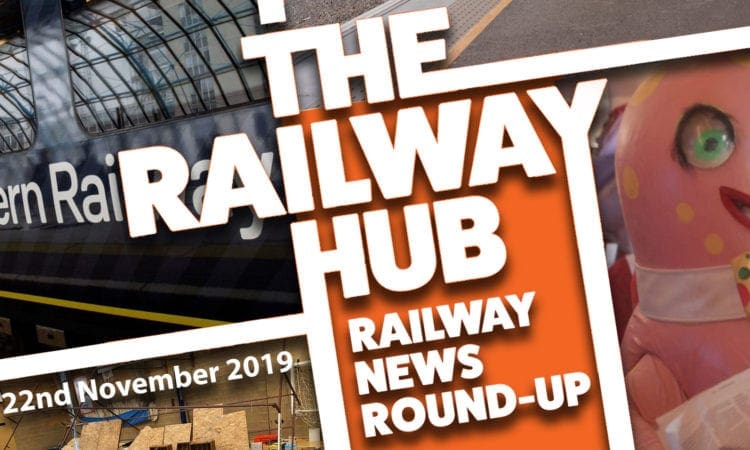 The Market Deeping Model Railway Club, which was brutally destroyed by youth vandals in May, is to go on show for the first time at Warley.

The Market Deeping Model Railway Club display was damaged at Welland Academy in Stamford, Lincolnshire, in May.


More than £107,000, including a £10,000 donation from model rail enthusiast Sir Rod Stewart, was raised through a crowdfunding appeal to repair the exhibitions. Read the full story here.

A near month-long strike by rail workers is set to go ahead after talks failed to resolve a long-running dispute over guards on trains.

Members of the Rail, Maritime and Transport union on South WesternRailway are due to strike for 27 days from December 2.


The action will cause huge disruption for commuters and Christmas shoppers. SWR runs services to and from London Waterloo, the country’s busiest station. Read the full story here.

Passengers are being urged to take care when travelling on therail network after a night out over the festive period.

The run-up to Christmas sees a spike in the number of accidents on therailway, including slips, trips and falls at stations, as well as trespass offences.


New figures released by Network Rail and British Transport Police (BTP) show the number of drink-related incidents on the network have surged by nearly a third in the past decade. Read the full story here.

Unions have welcomed a pledge by Labour to end the “discriminatory practice” of driver-only trains on the railways, guaranteeing there will be a second member of fully trained staff.

Labour said the second member of staff will help with boarding and other duties during the journey so that older and disabledrail passengers can travel when they want “with dignity, without booking ahead”.


The promise follows years of industrial action on the railways over the role of guards on trains, which has plunged industrial relations to a new low. Read the full story here.

The families of two rail workers who died after being hit by a train have said they are determined to ensure no-one else is killed in similar circumstances.

Michael “Spike” Lewis, 58, and Gareth Delbridge, 64, died while carrying out engineering work for Network Rail on the line near Port Talbot, South Wales, in July.

Three inquiries – by the Rail Accident Investigation Branch, the Office of Rail and Road and British Transport Police – have been launched into the fatalities. Read the full story here.

Virgin Trains signs off in style!

With the end of the Virgin Trains franchise taking place at 01:59am on December 8 after 22 years of running trains between London, Birmingham, Liverpool, Manchester, Glasgow and Edinburgh, they’re going out with a bang!

To celebrate all that Virgin has achieved since it launched in 1997, the company has created a tongue-in-cheek music video featuring founder Sir Richard Branson, celebrities from across two decades, including Mr Blobby and actor Shaun Williamson, and a host of Virgin staff. Read the full story here.