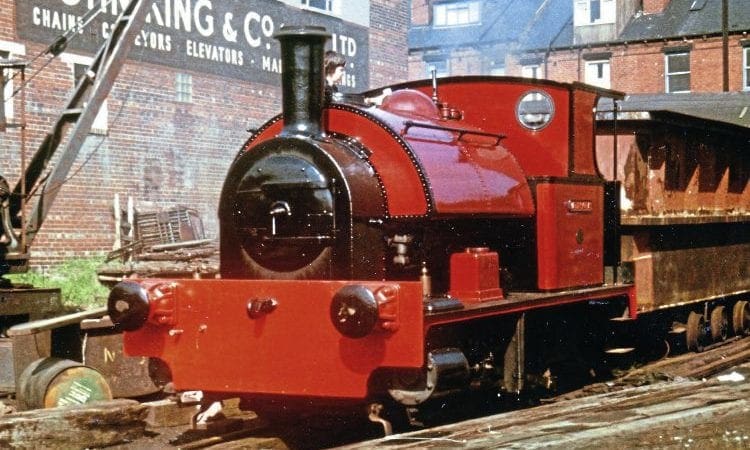 AFTER many years of operating with the Lambton, Hetton & Joicey 0-6-2Ts as its smallest steam engines, the North Yorkshire Moors Railway has added Cockerill 0-4-0T tram engine Lucie to its fleet – primarily to act as a self-propelling steam heating plant.

Now a second industrial tank is poised to be added to the ‘steam heating’ fleet, in the form of Bagnall 0-4-0ST No. 2702 of 1943, built for Thomas Firth & John Brown Ltd of Monk Bretton in Yorkshire.

It was the last locomotive built by Bagnall with the Bagnall-Price valve gear. The locomotive was a fairly early arrival at the Middleton Railway and saw service there for several years, but was sold as part of the process of rationalising the Middleton collection to Leeds-built locomotives. It is now owned by an NYMR volunteer driver and his son.

Its boiler arrived at Grosmont late in 2018 and it is being rebuilt as an apprentice training project. Once the boiler is complete and the locomotive reassembled, it is anticipated that it will be based at Grosmont and made available for the same type of duties as Lucie.

The provision of steam for train pre-heating will be their primary function, but is also expected that they will be used as station pilots and for shunting at gala events, photo charters and perhaps even brake van specials when suitable paths are available.

Read more News and Features in Issue 251 of HR – on sale now!